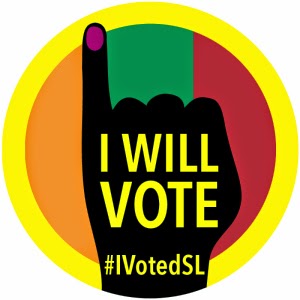 Sri Lanka votes today in a highly competitive presidential election. The election has been marred by widespread violence and threats against politicians, voters and monitors.

The Centre for Monitoring Election Violence has documented over 400 incidents – including armed attacks – since the election was announced in November 2014. The Campaign for Free and Fair Election has reportedly received over 150 complaints of violence and over 1,200 complaints of election law violations. International monitors, including from the Commonwealth Observer Group, report concerns about military intimidation, particularly in the northern areas of the country. Fears of post-election violence are mounting.

The Sri Lanka Campaign is especially concerned by the appalling treatment of human rights activists and journalists, several of whom have received death threats, including threats against their children, and the placing of severed dogs heads outside their homes.

We urge all political parties to condemn these despicable threats and to call on their supporters to refrain from violence and intimidation. We also urge the authorities to do their utmost to ensure the safety of all citizens, before and after the election, and to facilitate their secure access to the polling stations. Whatever the outcome, there must not be reprisals.

The world is watching this election. The United Nations, Commonwealth and several governments have called for a free and fair contest in which all Sri Lankans can choose their leader without violence or fear. The Vatican too, will be watching closely, given the Pope’s scheduled visit to the country days after the election. Given Sri Lanka’s poor human rights record, which is already under international scrutiny and cost the country its GSP+ status in 2010, any attacks on activists are bound to have consequences.

We stand in solidarity with Sri Lankan activists for peace, justice, and human rights of all political persuasions and none, and express our hopes for a peaceful polling day.

Provisional results are expected around 9am Sri Lanka time (0330 GMT) on Friday and will be available via the electoral commission website. The Sri Lanka Campaign will be manning our twitter feed throughout the night and will release a further statement, and an email to supporters, once the result is known. The campaign remains neutral on the question of the election itself but our campaign director is available for comment with respect to the wider situation and the risk of electoral violence.