Sri Lanka on the Precipice

Over the weekend, Sri Lanka has been rocked by protests, police violence, curfews, and political turmoil. A lot has happened in a short space of time, and the situation is developing rapidly. Whilst the fallout from the economic crisis and the President’s declaration of a state of emergency is still ongoing, here we provide a quick explainer of some of the key issues.

Sri Lanka has been in an economic spiral since the beginning of the COVID-19 pandemic in 2020, when the country’s GDP shrank by 3.6%. However, the roots of Sri Lanka’s troubles run far deeper, as debt has been ballooning since 2007, whilst economic decisions made by successive governments have led to the current crisis. The country has recently been suffering from a combination of high foreign debt, declining government revenue, reduced agricultural yields, a major decline in tourism, and rapidly dwindling foreign currency reserves. This has left Sri Lanka unable to pay for adequate fuel, leading to a dismal crisis for the population. At least three people have died in long queues waiting for fuel, and there have been regular power cuts lasting up to 13 hours. Sri Lankans are struggling to feed themselves due to shortages of kerosene, used to fuel cookers and other appliances, and have been paying increasingly high prices for staple foods. The government’s response has relied on the military and police, with the armed forces being sent to oversee fuel distribution in mid-March.

Frustration with the economic situation, and with the government more broadly, has been simmering for some time, with large opposition protests last month, as well as regular, smaller, and more spontaneous protests over recent weeks. Protests have crystallised around calls for President Gotabaya Rajapaksa to resign. On the evening of 31 March, protesters attempted to reach the President’s home in Mirihana, Colombo, where they were met with tear gas and water cannons. The protests at some point turned violent, which the police blamed on ‘extremist groups’, and at least 45 people were arrested; this reportedly included several Tamil and Muslim bystanders who had not taken part in the protests.

The Sri Lanka Collective Against Torture reported that several protesters alleged they were beaten with police batons and denied medical care whilst in detention. The Free Media Movement condemned the assault of journalists covering the protests by the police and Special Task Force, and there were reports that arrested protesters were detained under Sri Lanka’s draconian and widely-criticised Prevention of Terrorism Act (PTA). 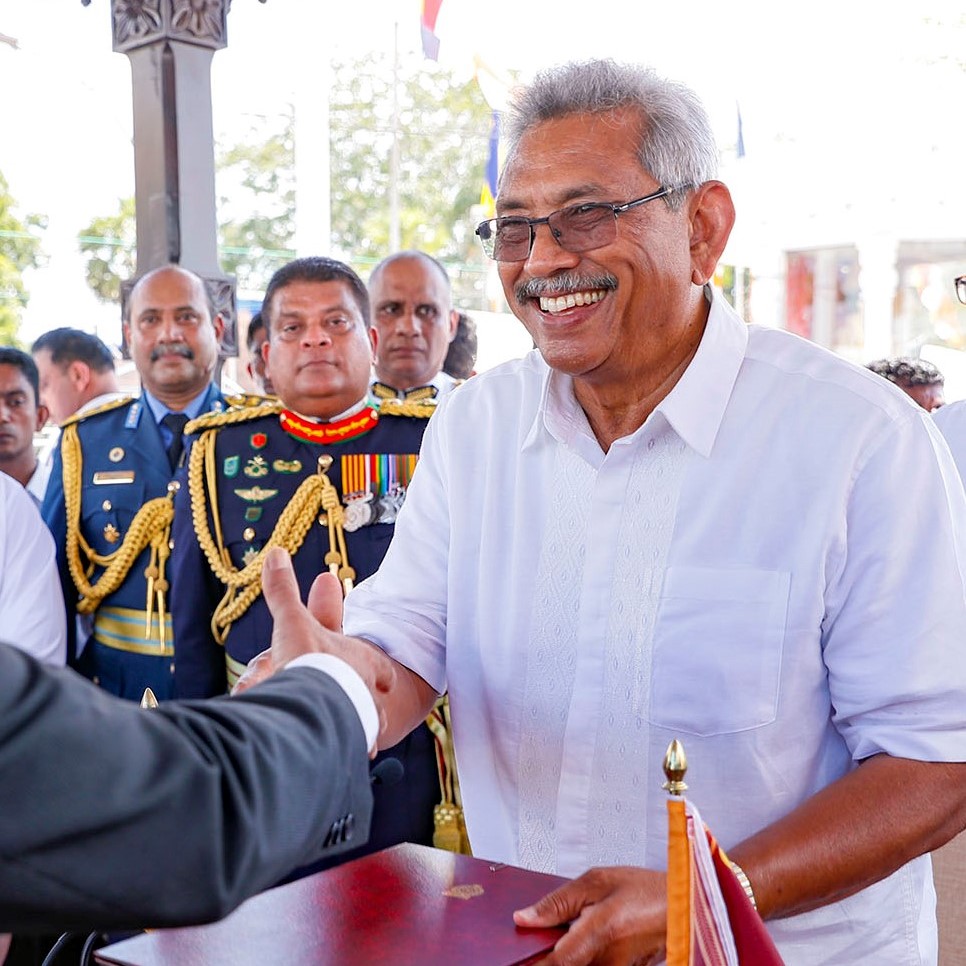 Soon after the Mirihana protests, the Sri Lankan police imposed an overnight curfew in Colombo. On Friday 1 April, the President declared a State of Emergency, giving sweeping powers to Sri Lanka’s security forces, ‘in the interests of public security, the protection of public order, and the maintenance of supplies and services’. The next day, the President imposed an island-wide curfew from 18:00 on 2 April to 06:00 on 4 April, banning people from public places, trains, and other locations without written permission from the authorities. A social media blackout was also imposed that night, and was not lifted until 15:30 the following day.

These extraordinary government measures, aimed at curtailing free expression and protest, caused concern among diplomats from the European Union and other states, and led to an immediate crackdown by state authorities, including the armed forces. Sri Lanka’s large army has long been particularly concentrated in the highly militarised North and East, where Tamils and Muslims are in the majority, but military convoys were reportedly seen deploying to Colombo over the weekend, ahead of protests in the country’s largest city.

Protestors, social media activists, and journalists all faced the brunt of this crackdown. Videos from Sri Lanka emerged of protesters being slapped and beaten by security forces, whilst protesting students and staff at Peradeniya University near Kandy were attacked with tear gas and water cannons. On 3 April, over 600 protesters were arrested in Western Province alone for violating curfew. Anuruddha Bandara, the administrator of an anti-government Facebook group, was abducted and the following night. In Kokkuvil, Jaffna District, Tamil journalists were reportedly harassed and prevented from entering the office of the Tamil National People’s Front (TNPF), an opposition political party. 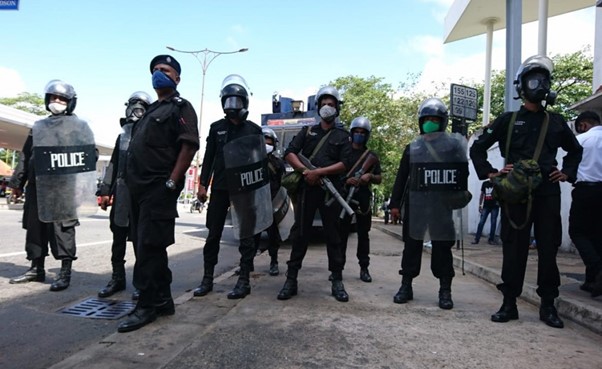 Despite this crackdown by the authorities, demonstrations against the government and the terrible economic conditions have continued, and show no signs of ceasing. As curfew restrictions lifted on 4 April, there were protests across the country, as demonstrators gathered outside the Prime Minister’s house in Tangalle, and students at the University of Jaffna staged a mass rally against the government throughout the city.

The political fallout from the economic situation, and the authoritarian measures taken by the President, has also been substantial. On 3 April, the entire Sri Lankan cabinet resigned en masse, except for the President and his brother, Prime Minister Mahinda Rajapaksa. The Governor of Sri Lanka’s Central Bank, Ajith Nivard Cabraal, has also submitted his resignation. Opposition politicians have reportedly rejected offers from the President to form a national unity government. A temporary cabinet has since been appointed by the President, but so far has offered no clear solutions for the ongoing economic crisis as the country lacks fuel and food.

It seems very unlikely that this temporary cabinet, which has been opposed even by members of Sri Lanka’s ruling coalition, will be able to solve the country’s problems, which are deep, long-term, and institutional. The appointment of the temporary cabinet has had very little impact on the protests, with protestors continuing to come out onto the streets despite government restrictions remaining in place. Events are moving quickly and the future of Sri Lanka appears uncertain. In the meantime, people are struggling on a daily basis with the consequences of the government’s mismanagement of the economy, particularly the most marginalised.

As the Rajapaksas attempt to hold on to power, there is every chance that the situation could further deteriorate.