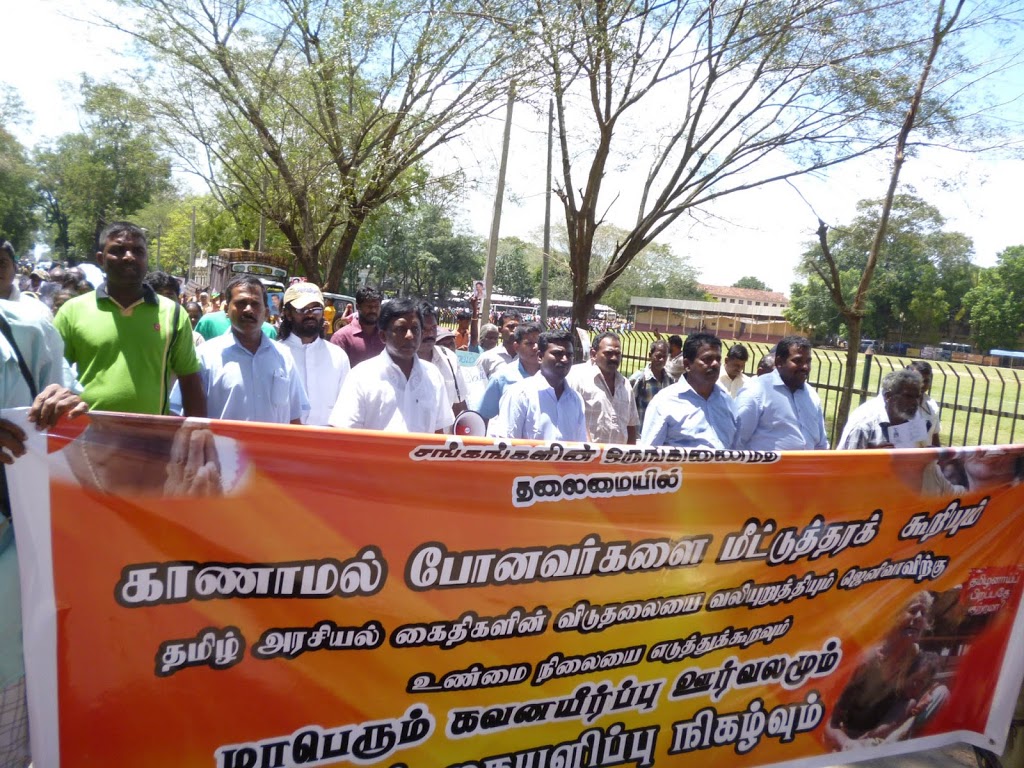 Eleven bus load of people (approximately 700 persons) from Jaffna, were stopped in Vavuniya and prevented from continuing their journey to Colombo; where they intended to protest to demand justice for relatives who have disappeared, or been detained, since the end of the country’s civil war in 2009. 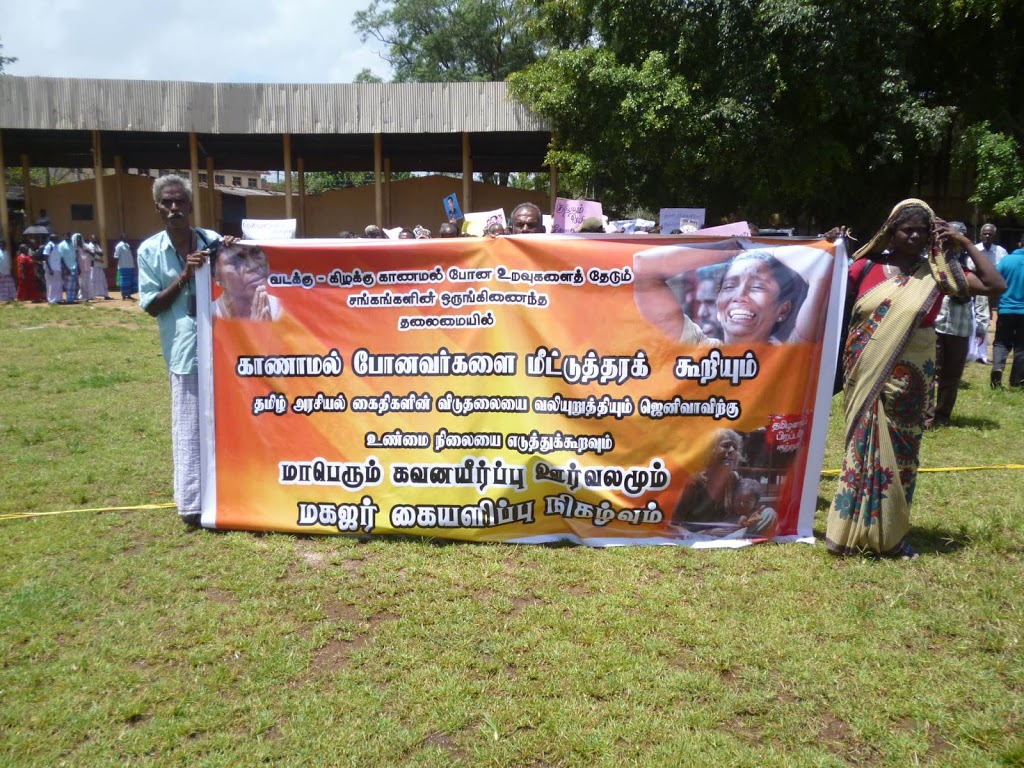 These peoples, mostly women, are part of the Tamil ethnic minority, and have seen many of its members disappeared after the civil war, disappearances for which victimized families are now claiming justice and accountability. 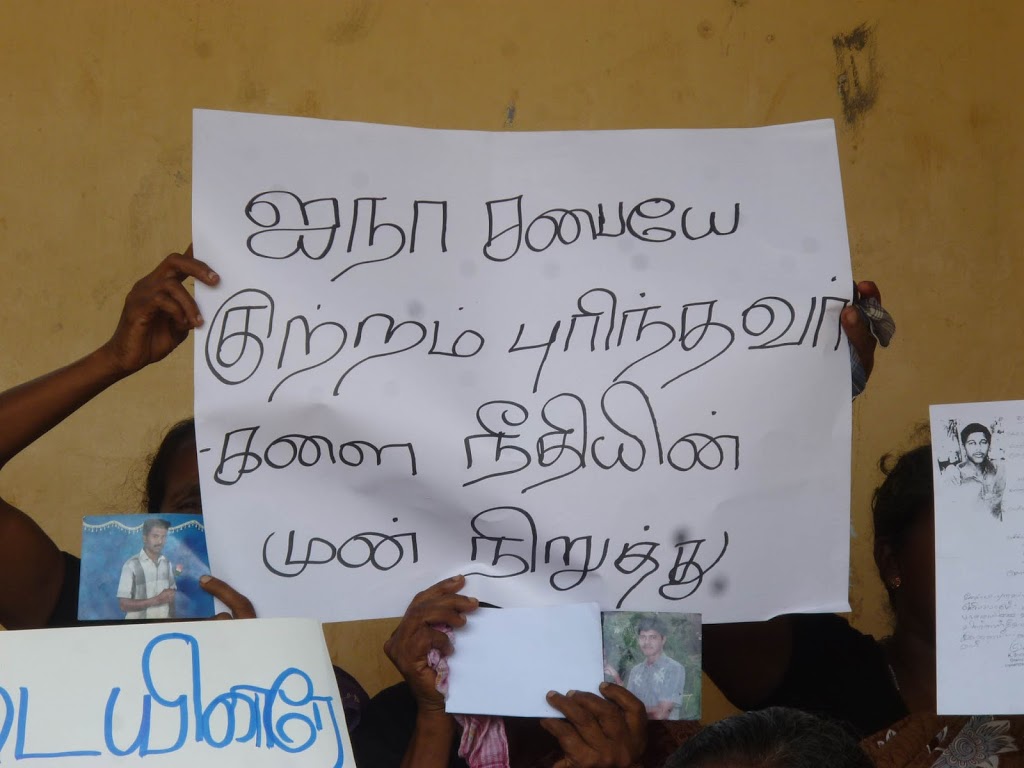 This protest was supposed to take place next to the Columbia UN Office on the 6th of March 2013, while the UN Human Rights Council (UNHRC) is in session. 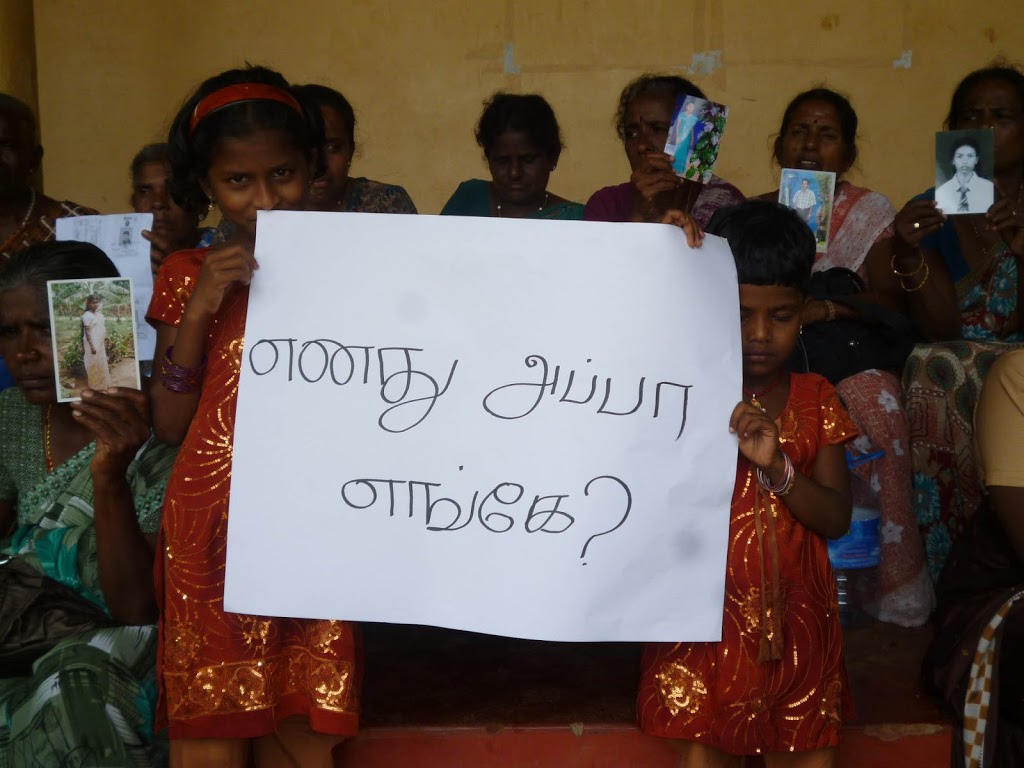 When trying to reach the Omanthai check post, a special escort came to take them to Vavuniya, where protestors and drivers were interrogated by the Terrorist Investigation Division (TID) and the Criminal Investigation Division (CID). Since then, victimized protestors have been kept under military surveillance. It was only after 3 hours and intense negotiations that they were allowed to move to places where they could rest. Bus drivers, having been personally threatened for carrying Tamil protestors, have, for the most part, decided to go back; leaving the people behind. Only two buses remained for 700 people. 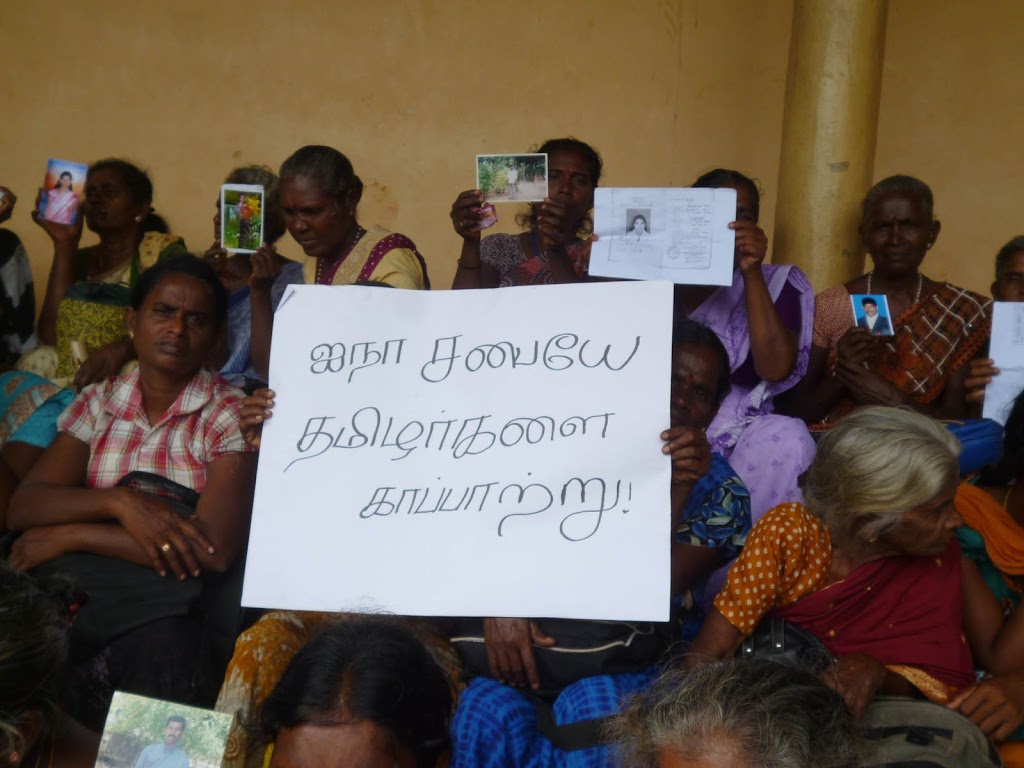 As a consequence, the Tamil civilian group protested in Vavuniya. After some of the family members gave a speech in the Urban council ground, the whole group walked in the direction of the Kachchari (government offices) and sat down for two hours at the entrance. The Government Agent who finally appeared accepted the appeal and the protest ended around 3.30. 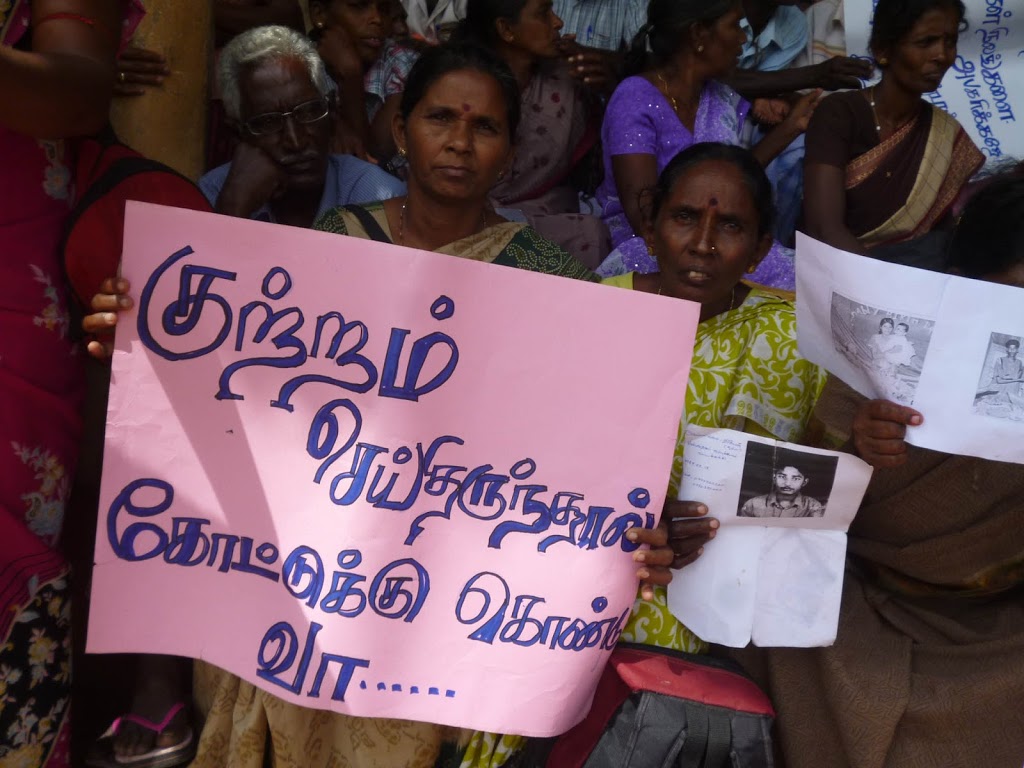 The pretext used by the security forces to justify the blockage was that they were not able to guarantee the safety of the travelers at night. This contrasts with the recurring position of the Government for Sri Lanka (GoSL) that normalcy has returned, and people have the freedom to travel at any time anywhere. 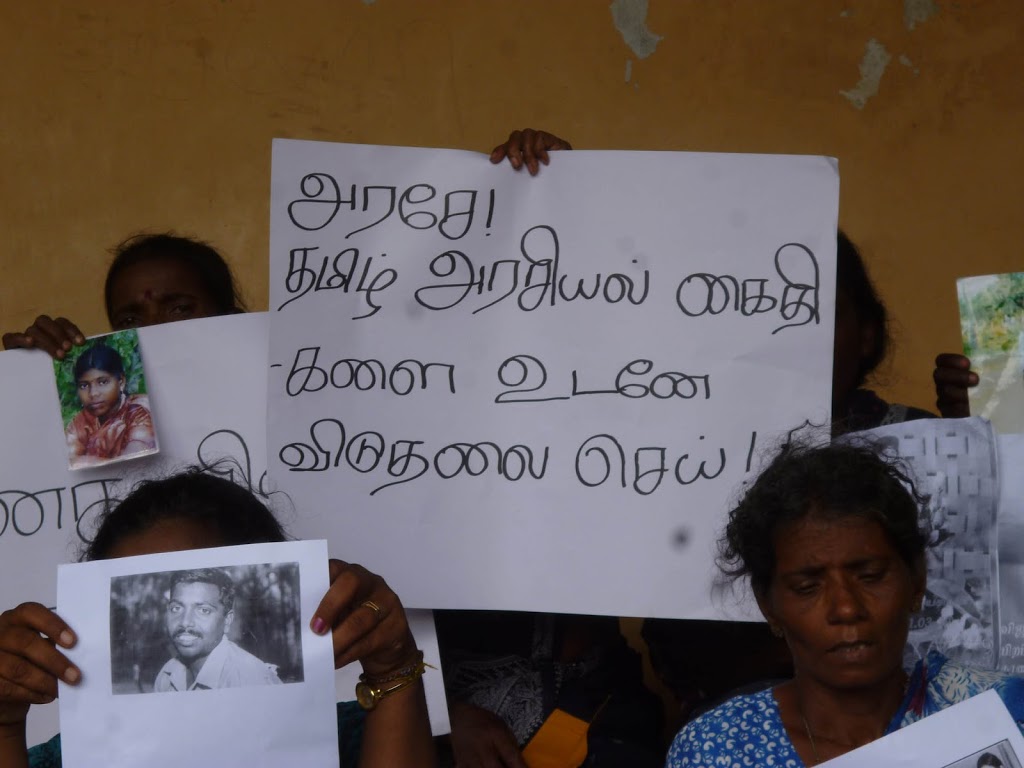 This ill justified action represents a clear attempt to prevent the fundamental right of freedom of expression. The Government of Sri Lanka has effectively blocked hundreds of family members of the disappeared from reaching Colombo and protesting outside the UN Office. 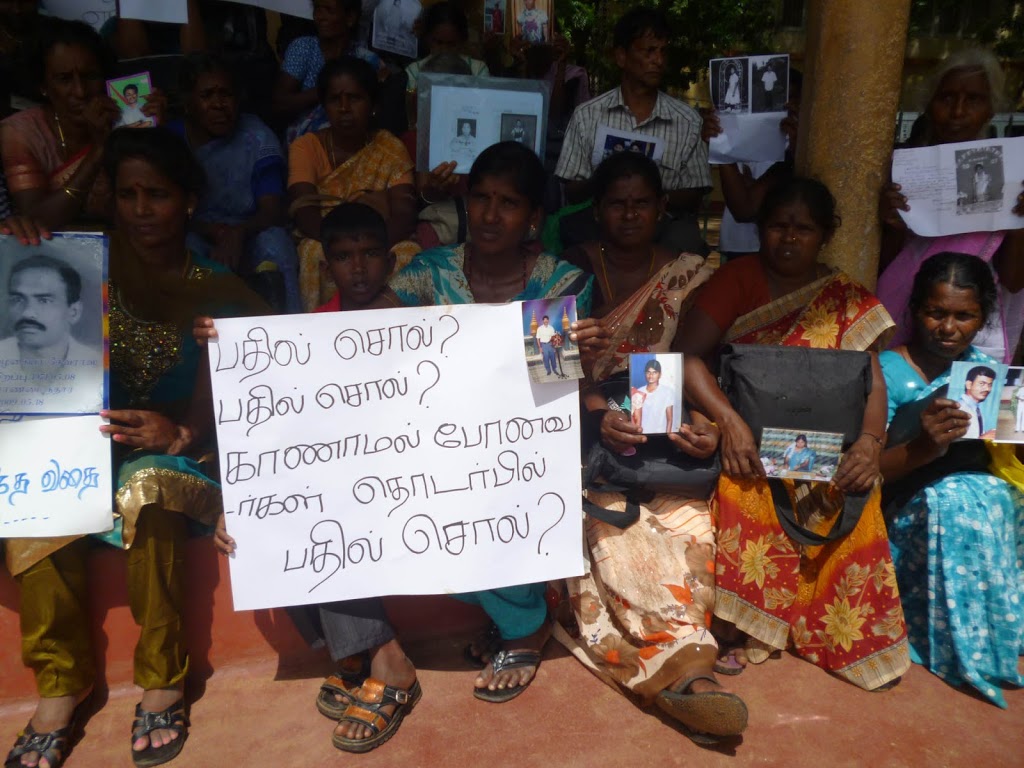 This anti-democratic government’s decision shows the emptiness of the Government’s promises of upholding the rule of law and human rights made recently in the Human Rights Council. Hopefully coverage of this issue will cause Human Rights Council members, and all other democratic organisations and institutions, to strengthen their recommendations to Sri Lanka and so force the Government to take adequate measures to ensure the observation of the human rights. 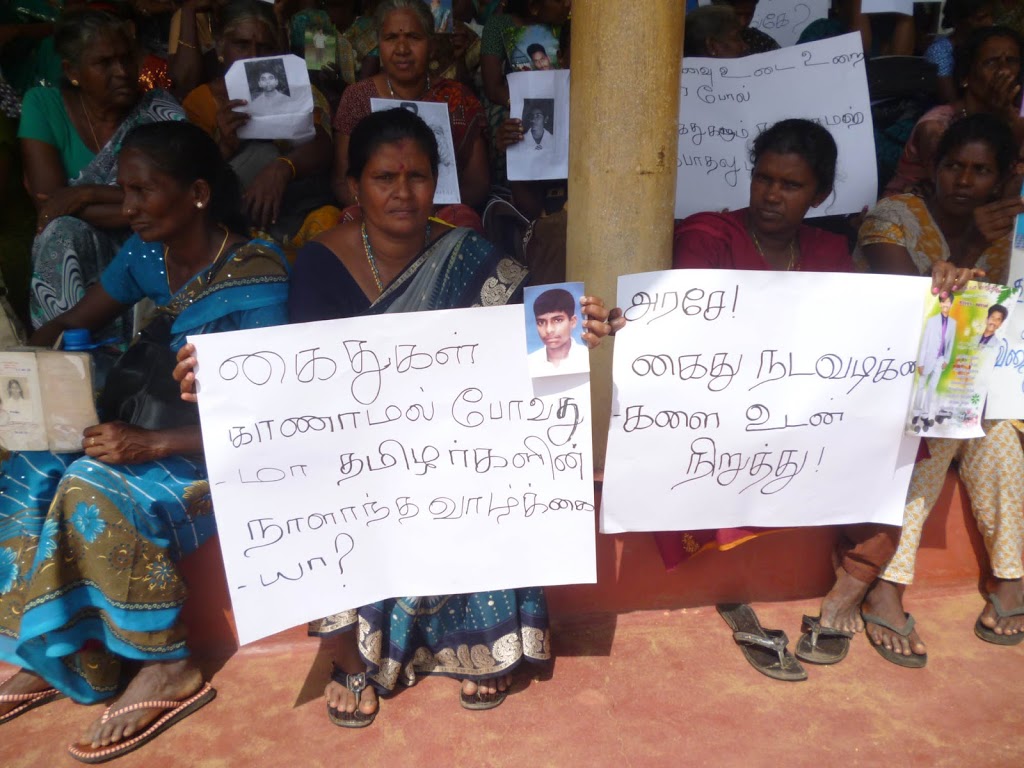