It has been almost 7 years since the conclusion of Sri Lanka’s civil war and there are still many questions that remain unanswered. One of the biggest of those is what happened to the many hundreds of LTTE ‘surrendees’, as well as the thousands of Tamil civilians, who were taken into the custody of the Sri Lankan army at the end of the war and whose whereabouts remain unknown.

In February 2009, as the war reached its final climax, former President Mahinda Rajapaksa and former Minister for Human Rights and Disaster Management Mahinda Samarasinghe (now Minister of Skills Development and Vocational Training under Sirisena’s Government) issued a statement in which they offered amnesty to junior LTTE cadres who voluntarily surrendered to the Army. It is estimated that several hundred, LTTE cadres did just that. Several thousand civilians also crossed the frontline during the final weeks of the war, many of them subsequently being detained in the notorious ‘IDP camps’ before being interrogated and/or sent for ‘rehabilitation’.

Among those reported or witnessed to have entered into the custody of the Sri Lankan armed forces alive, a significant proportion of them – particularly among surrendering LTTE cadres – remain unaccounted for. For many of the families who are still searching for answers about what happened to them, it is often at this stage in the timeline that the trail runs cold. There is strong evidence to suggest that many of those who did come under the control of the Sri Lankan armed forces at the end of the war were extra-judicially killed.

In this context, the revelation by Major General Chanayaka Gunaratna (head of the Army’s 58th Division), that the army is in possession of a list of people that surrendered during the final stages of the war is of enormous significance. The admission came in February during a writ of habeus corpus magistrates hearing filed by Northern Provincial Councillor Ananthy Sathisaran (and several others) in relation to missing relatives, when the officer stated that none of those missing persons in question were on a list of names held by the army.

This would apparently be the first time that the army has confirmed that a record of individuals moving across the front-line at the end of the war was kept and – whilst the number of individuals accounted for by the record remains unclear – could potentially be a major development in helping to establish the last known whereabouts of many of the disappeared.

On 17 February, Mullaittivu Magistrate MSM Samsudeen ordered the officer to furnish the court with the list by 20 April. Disappointingly however, Army representatives informed the Mullaitivu Magistrate on the 19 May, that it needed more time in handing over information of persons surrendered into their custody – this after two separate postponements in the hearing due to the absence of Major General Gunaratna and his representation. 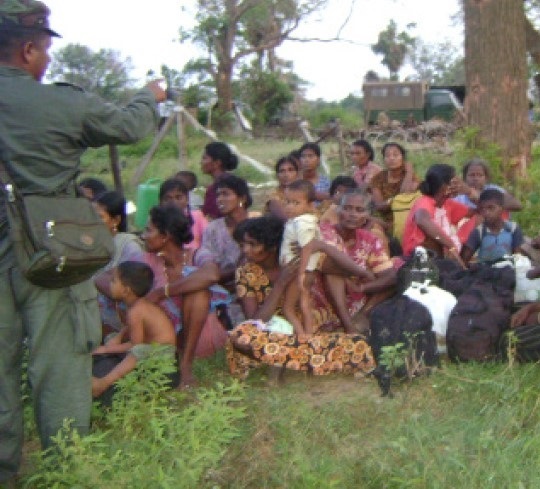 https://www.srilankacampaign.org/wp-content/uploads/2016/06/2.jpgThe army must disclose this information as a matter of urgency. It is now incumbent on the judiciary and political leadership in Sri Lanka – as well as the international community at the ongoing Human Rights Council session – to apply the pressure to ensure they do so. Amid the drafting of new legislation for an Office of Missing Persons, and Sri Lanka’s recent ratification of the International Convention on Enforced Disappearances, the Sri Lankan state now faces a major opportunity to clearly demonstrate the real depth of its commitment to establishing the truth about the 24,000 plus cases of missing persons in Sri Lanka. Their response will provide one of the strongest  indications yet of whether the new mechanisms for investigating the disappeared will be able to prevail over the deep culture of secrecy within the Sri Lankan security forces, and the impunity it creates.

The Sri Lankan Army presented a list to the court in July, but it was rejected by the court, as the list only contained the names of those who had successfully completed the Government’s rehabilitation programme. This appears to be a different, and less incriminating, list to the list that the Major General alleged that the Sri Lankan Army had in its possession.