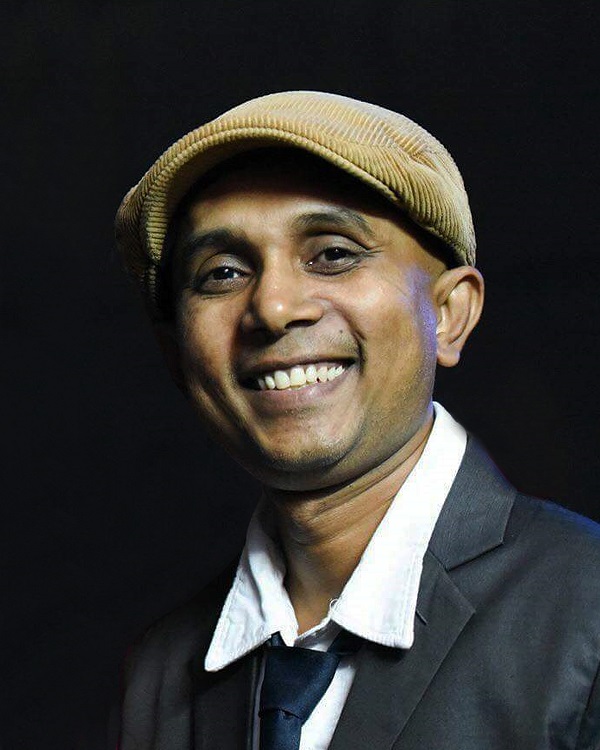 The Sri Lanka Campaign is deeply concerned by news that yet another member of Sri Lanka’s artistic community is being subjected to persecution by Buddhist hardliners on the grounds of religious offence.

Award-winning dramatist and radio playwright, Malaka Devapriya, was yesterday summoned by the Organized Crimes Prevention Division (OCPD) of the Sri Lanka Police to give a statement about a series of radio dramas, Kanata Parak, that aired on a national radio station last year. It followed a complaint to the OCPD by Buddhist monk Agulugalle Siri Jinananda, the leader of the Buddhist Information Centre, who alleges that the titles of the radio dramas are “distortions” of Buddhist terminology and therefore defamatory.

As readers of this blog will recall, Agulugalle Siri Jinananda is the very same individual who earlier this year filed a police complaint against award-winning poet and writer Shakthika Sathkumara, alleging that his short story, Ardha, insulted Buddhism and the Buddha. In that case, Shakthika was arrested and kept in police custody for more than 120 days before being released on bail by the High Court. His case is still to be heard and he remains under threat of incarceration.

In both instances, the complaints were filed under the International Covenant on Civil and Political Rights (ICCPR) Act – a piece of legislation which, despite being designed to protect freedom of expression, is increasingly being used as the weapon of choice for those seeking to stifle it. Individuals convicted under the relevant provisions of the ICCPR Act can face up to ten years imprisonment.

This is not the first time that Devapriya’s radio series has come under fire. The radio dramas were set to be banned under orders from the Cultural Affairs Minister in August 2018 after concerns were raised that they disrespected Buddhism. The Office for National Unity and Reconciliation, which had scheduled the broadcasts on radio, was forced to change the titles of several episodes before the ban was lifted. This censorship was condemned by the International Federation of Journalists and the Free Media Movement Sri Lanka.

The readiness of the police to pursue spurious complaints against artists perceived to have insulted Buddhism lies in stark contrast to the shocking lack of action against the hate speech of Buddhist extremists, including those who have incited physical violence against Muslim communities and other minorities in Sri Lanka in recent times. Unless a line in the sand is drawn against this latest wave of persecution – and fast – it seems almost certain that Sathkumara and Devapriya will not be its last victims.