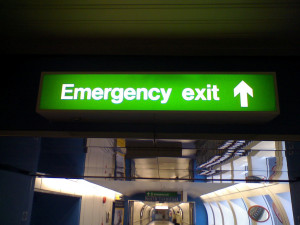 Clearly one must welcome the decisions taken by the Government of Sri Lanka to lift the Emergency Regulations which have governed the country for the past 28 years. This long overdue move has been politically symbolic, and important for Sri Lanka because an entire generation has grown up to regard these tough regulations as the norm.

The country has been governed by emergency regulations since the 1971 insurgency and remained in place even after the threat abated. Many of these regulations came into being overnight without the public being aware, a move sometimes condemned by the courts but which has continued.

With the end of the conflict with the Liberation Tigers of Tamil Eelam (LTTE) in May 2009 there has been immense pressure from neighbouring India and Western countries to lift these regulations. Of course repealing the emergency now is an attempt to earn some brownie points before the upcoming United Nations Human Rights Council session in September – and so help the Government of Sri Lanka’s attempts to end discussion of their abysmal human rights record, or the war crimes committed by both sides which they will not investigate. Nevertheless for those – like us – who continuously demanded an end to the emergency regulations in the past, this move is a sign that pressure can work.

The actual effects of this decision are yet to be seen. But this move itself will not lead to an improvement of the situation as other draconian laws such as the Prevention of Terrorism Act (PTA) are still in operation. The PTA can be used as a supplement for emergency regulations and it has been suggested that, before the emergency regulations are formally repealed, there will be amendments to the PTA in order to incorporate those aspects of the emergency regulations not already included in it. In any case it has been the PTA, not the emergency, which has been the law under which the most controversial actions of the state have taken place – notably the detention of many Tamils without trial for many months or even years.

The reality is that these laws have been exercised for purposes well beyond national security. The government has been accused of using these laws to censor and crack down on opposition activists, journalists and trade unionists. Under the PTA the authorities can still arrest and detain people for up to 180 days at the discretion of a minister; the confessions of the detainees under these conditions of duress are still admissible in court; and freedom of movement and freedom of association and assembly can be arbitrarily restricted. Even employment of individuals come at the discretion of a minister, and worse, actions under PTA cannot be challenged in any court – there is complete immunity for the perpetrators. Lifting the emergency will not alter this one jot

And then of course there are the worst excesses of state brutality: endemic torture, disappearances by the thousand, and extra-judicial murder. These are not sanctioned by any law and yet this does not seem to hold back the police or the army. The lifting of the emergency will not remove this ever present threat.

With the lifting of emergency many have questioned the fate of the persons detained under emergency regulations. The Minister of Justice has stated that “between 1,200 and 1,500 people in detention may be released”. However a new law has just been passed which would allow the Government to keep these people in prison should the choose to, and that does appear to be the government’s plan given the Attorney General’s statement that “no suspects will be released and there is no change even though the emergency has been allowed to lapse”. 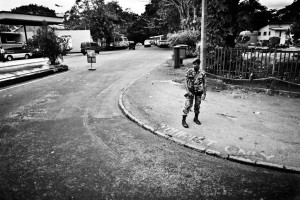 So it is very doubtful whether this move will do anything to restore political and civil rights. The Sri Lankan Government’s willingness to ignore the law and even Supreme Court rulings indicate that they may try to continue to do things they used to do under emergency laws even without legal authorisation.

Sri Lanka is yet to overcome post war political challenges of peace and reconciliation. There is a critical need for strong commitment by the Government towards the rule of law, economic development, peace and good governance. The repeal of these draconian laws is an absolute requirement for a transition to a just and responsive State. This change could give an opening for increased political dissent; but only if it is seized skillfully by those in Sri Lanka and only if it is monitored closely by those inside and outside.