Today marks ten years since the end of the civil war in Sri Lanka, the final stages of which were scene to some of the worst mass atrocities of the 21st century.

The scale and gravity of the crimes that took place in the war’s last days alone can be difficult to comprehend, let alone come to terms with: entire families loaded on to army buses and forcibly disappeared; a twelve-year old child executed in cold blood; the bodies of rebel fighters desecrated. 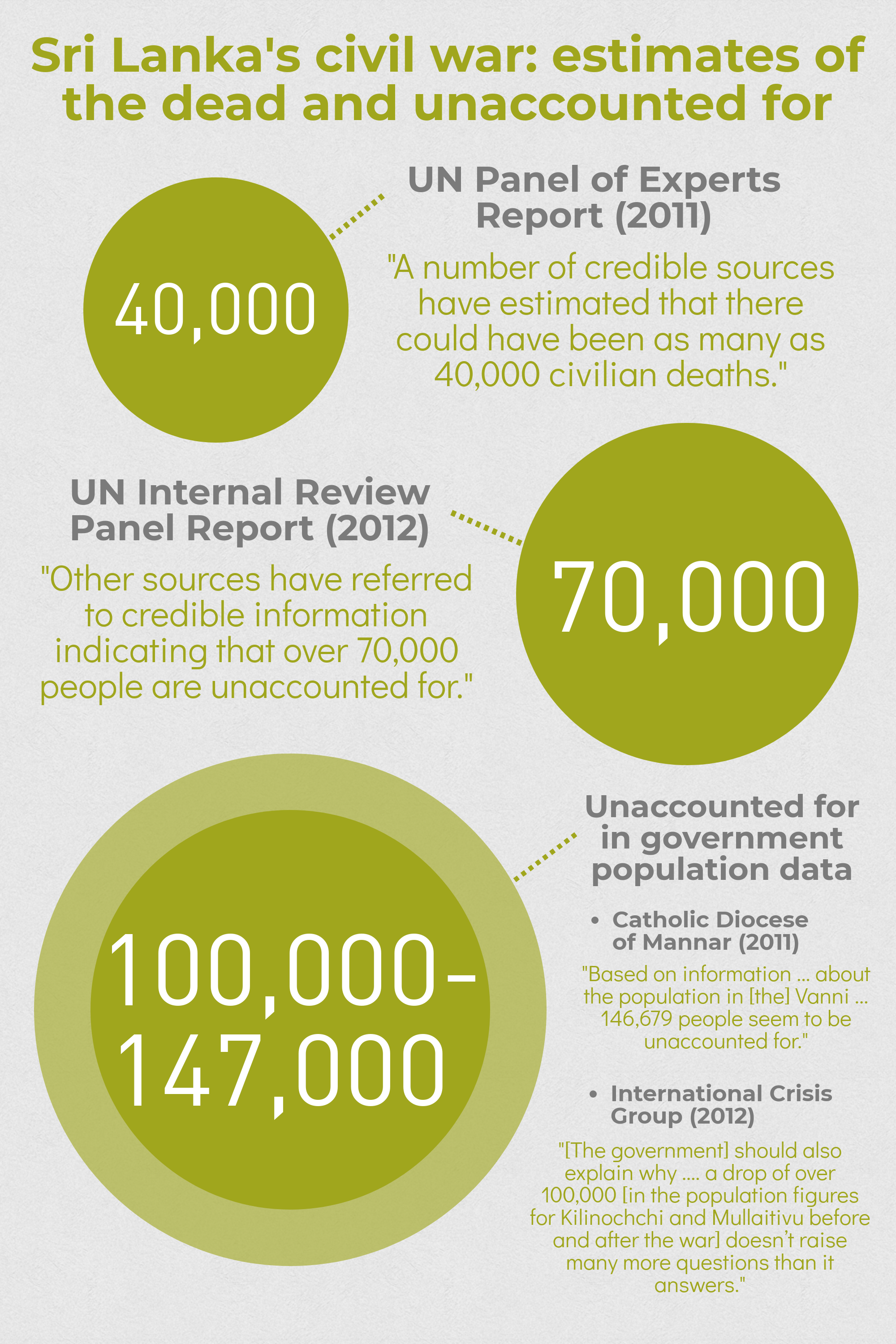 Yet, shockingly, these events were but a part of a much longer campaign of violence between September 2008 and May 2009 during which hundreds of thousands of Tamil civilians were encouraged to gather inside declared humanitarian ‘safe zones’ – before being systematically shelled by government forces and deprived of life-saving humanitarian assistance. It is in this manner, partly aided by the rebel forces’ policy of preventing civilians from leaving the territory under their control, that between 40,000-70,000 (and possibly many more) are credibly estimated to have been killed.

Today, members of the Tamil community, in Sri Lanka and around the world, will gather to remember and mourn the dead. The Sri Lanka Campaign mourns with them, and extends its heartfelt sympathies and solidarity to all of those who continue to bear the pain of 2009 and its aftermath.

For many, it is a pain which the intervening decade has done little to alleviate. Despite multiple UN investigations, a change of government in Colombo, and an internationally supported process to address the past, almost no one has been brought to justice for the egregious human rights violations that took place in the North-East of Sri Lanka ten years ago. It is a record that shames not just the government of Sri Lanka, but the world at large.

The international community failed the civilian victims of the war in 2009. And, in many ways, it fails them still.

Today, it is clear that lending meaningful support to war survivors requires going beyond current approaches, be it through the creation of parallel evidence collection mechanisms, the pursuit of war criminals abroad, or the more principled use of leverage when it comes to bilateral engagement with Sri Lanka. Incidentally, it is the very same set of calls to the international community that could have saved lives in 2009 – for greater scrutiny, further pressure, more willingness to speak out – that are the need of the hour today in the fight for truth and accountability.

This month’s events in Sri Lanka – which have seen violent attacks on Muslims by roving mobs of Sinhala nationalists, the reinstatement to active service of an a alleged death squad leader, and renewed calls to give free reign to Sri Lanka’s security forces – have brought into clear focus what’s at stake. Unless the perpetrators of serious human rights abuses are held to account, and the structures which enable them dismantled or reformed, those very same individuals and institutions will continue to wreak violence on Sri Lanka’s minority communities and risk a return to yet another cycle of grievance-fuelled violence.

To borrow from a powerful recent op-ed by a Sri Lanka Campaign advisor and a renowned Tamil poet:

“Holocaust survivor Primo Levi once said, “It happened; therefore, it can happen again… it can happen everywhere.” So long as impunity and the failure to address the root causes of atrocity crimes continue in Sri Lanka, lasting peace will remain elusive.”

Sri Lanka and the search for justice, ten years on. from Outsider TV on Vimeo.