The United Nations Human Rights Council (UNHRC) met last month to discuss, among other things, Sri Lanka’s progress in implementing the process they agreed last September to build a lasting peace based upon justice. The UN High Commissioner for Human Rights Zeid Al-Hussein delivered an oral update to the Council, which was followed by a debate among council members. You can watch that here:

This debate was designed to mark the halfway point in the process, which will come to an end in March 2017. Yet unfortunately, it seems Sri Lanka is a very long way from that milestone. Our campaign, Keep the Promise, splits up the September 2015 resolution into 25 actionable points. Earlier in the year we found that Sri Lanka is only on track with respect to 3 of these points. We had hoped and expected that the update to the Council would be the occasion for a flurry of new announcements which would allow us to move a number of additional points into the “on track” category, but Sri Lankan Foreign Minister Samaweera’s statement was almost entirely lacking in substance meaning that very few changes have been made to our promise tracker.

Furthermore, we remain gravely concerned with respect to the implementation of 9 of the points, including some of the most important ones relating to enforced disappearances, the creation of a judicial mechanism for prosecuting war crimes, de-militarization, and ongoing torture. We have not been reassured with recent remarks by the President in which he continues to oppose the involvement of international judges in a justice process, nor by the extraordinary statement by Foreign Minister Samawareera that such statements were merely the President’s “personal opinion”.

Regardless of the lack of progress in such key areas, it appeared that the Sri Lankan Government firmly expected to be treated with kid gloves by an international community thought to be won over by the Sri Lankan Foreign Ministry’s new, more collegiate attitude to international relations. They may have been surprised therefore by the sustained constructive criticism they received.

First, High Commissioner Zeid made a nuanced statement praising the Government of Sri Lanka for the manner in which it has engaged with UN processes, but offering firm criticism over the pace of reform, the failure to repeal the Prevention of Terrorism Act (PTA), the continued culture of surveillance, and the lack of witness protection. He further stated:

“I remain convinced that international participation in the accountability mechanisms, as stipulated in the Human Rights Council’s resolution, would be a necessary guarantee for the credibility, independence and impartiality of the process in the eyes of victims given the magnitude and complexity of the alleged international crimes, which the OHCHR investigation found could amount to war crimes and crimes against humanity.”

Thus making clear that President’s opposition to the involvement of international judges puts him at odds with the United Nations agreed process.

18 countries then spoke on the subject of Sri Lanka. This was a surprisingly large number considering that only one two-hour session was set aside in order to discuss not only Sri Lanka, but Myanmar and any other “Item 2” matter (i.e. the annual report of the United Nations High Commissioner for Human Rights and the reports of the Office of the High Commissioner and the Secretary-General).

Of the 18, only two countries were fully supportive of the Government of Sri Lanka’s approach – Pakistan and Russia. It must be noted that both are countries that have repeatedly and consistently placed on record the fact that they do not accept the validity of the manner in which the Human Rights Council currently operates, and that they believe that the Council should not intervene in what they see as purely domestic matters. Their remarks therefore had less to do with Sri Lanka than they did with these countries’ general approach to the Council.

It should also be noted that both countries usually speak on behalf of a “like minded group” of countries who are equally skeptical of the value of the Human Rights Council. This time they did not, and they were only speaking for themselves, meaning that fewer countries made statements unequivocally in support of the Sri Lankan Government than at any previous session.

The other 16 countries represented not only themselves, but also another 21 countries who associated themselves (as all EU countries did) with the statement by the Netherlands. They came from Africa, Asia, the Americas, Europe, and Polynesia. Each country made a point of praising the Sri Lankan Government for its positive approach to proceedings, but each offered constructive criticism: primarily on the issues of ongoing violations (mentioned in four statements), the Government’s resistance to the involvement of international Judges (mentioned in seven), the pace of reform (mentioned in five), and the continued use of the Prevention of Terrorism Act (PTA) (mentioned in five). Ghana and Macedonia, both countries with experience of ethnic conflict, offered particularly powerful critiques.

Those critiques, which we list in detail at the bottom of this post, will give the Sri Lankan Government pause for thought, and should hopefully cause them to recalibrate their estimations for how much progress the international community will need to see come the end of the reporting period in March.

However, the message would probably have been understood more readily by the Sri Lankan Government had the international community been more consistent in relaying it. For example, while the USA remains firmly committed to Sri Lanka accepting an international justice mechanism, it had passed up several opportunities to reinforce that message. Similarly, while the EU has stated its determination to ensure the full implementation of the UN resolution, it does not appear that they are using the current negotiations over “GSP+” preferential trade status for Sri Lanka to push that agenda.

Such equivocation – which may have been lulled the Sri Lankan government into a false sense that they are doing enough to satisfy the international community and doing enough to ensure the success of their transition to lasting peace – helps no one. It is essential that the international community now uses all the available channels and levers of influence at its disposal to ensure that that is well understood before this matter next comes before the UN Human Rights Council in March 2017. 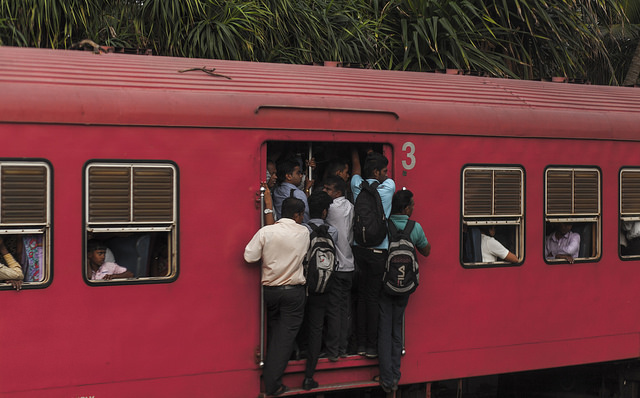 The 16 substantive statements on Sri Lanka in brief: