The Human Rights Council and the need for an international investigation

We are launching a petition calling on the Human Rights Council to mandate an international investigation in Sri Lanka, as well as a specific version of that petition tailored to the UK asking David Cameron to keep the promises he made to that effect at the time of the Commonwealth Summit. 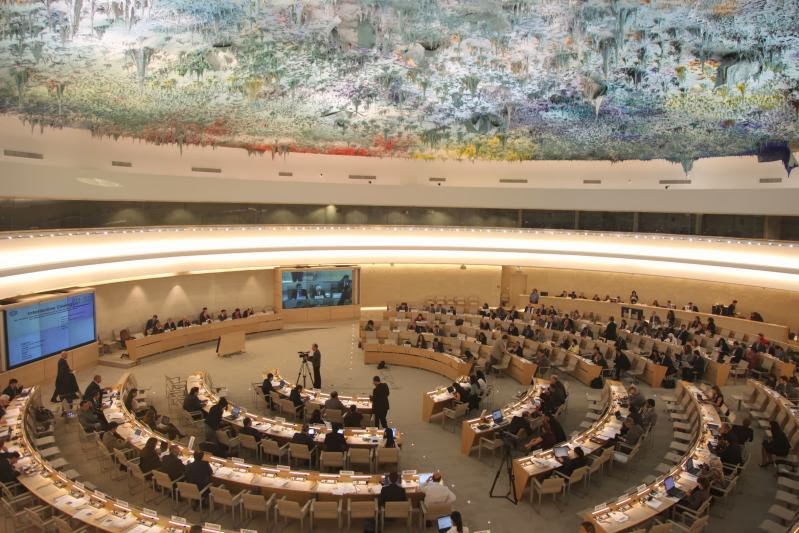 The UN High Commissioner for Human Rights has just released her report on Sri Lanka. It fairly neatly summarises itself in its second paragraph:We have run petitions like this one before, last year we closed a petition that received over 15,000 signatures from 66 different countries. So what makes this one different? Well the timing, and the target, both of which mean that we feel that this is our best ever chance to get a meaningful investigation.

“The Government has not responded to the offers of technical assistance made by the High Commissioner and the special procedures. Meanwhile, new evidence continues to emerge on the events that took place in the final stages of the armed conflict. Against this background, the High Commissioner recommends the establishment of an independent, international inquiry mechanism, which would contribute to establishing the truth where domestic inquiry mechanisms have failed.”

Coupled with this is the stated objective of the United States to bring a resolution before this next Human Rights Council, the promise by the British Prime Minister that he too would push for an international investigation if there is not any progress by March (it is three days until March and there hasn’t been), and the Indian General Election meaning that India will be under increased scrutiny for its actions. All these things mean that there is renewed hope for an international investigation in Sri Lanka.

And an international investigation is still what is needed. The biggest issue Sri Lanka faces is a systemic lack of respect for the rights of its citizens, particularly – but not exclusively – its minority citizens. This is rooted in a culture of impunity which is in turn rooted in a failure to hold to account those, on both sides, who committed some of the worst atrocities this century. Only an independent international investigation of these atrocities will end this culture of impunity and give Sri Lanka a chance to climb out of its cycle of violence towards a lasting peace.

So how will this happen? Well the UN Human Rights Council will meet next Monday and sit for a month. During that time any member can propose a resolution and at the end any resolution with majority support will be implemented. So what is needed now is for a nation to be bold enough to propose a resolution calling for an independent international investigation in Sri Lanka (ideally in the form of a Commission of Inquiry – the most effective mechanism for such an inquiry) and for members to then back it. That is what our petition will call for.

Our actions have been very successful in the past in helping keep pressure on the Human Rights Council, and letting the diplomats know that the world is watching, and that their actions must be about the wishes of the victims of this tragedy and not about grubby back room deals. Please add your voice to the petition, and tell your friends. Together we will make sure the victims have a voice at the Council.