You must be getting sick of receiving updates from us, but the situation is changing rapidly and we want to keep you up to date. Here is the latest:

All in all it has been a good week for the campaign for peace and justice and a bad week for the President of Sri Lanka. And a lot of that is down to your pressure and activism. Thank you, and well done. 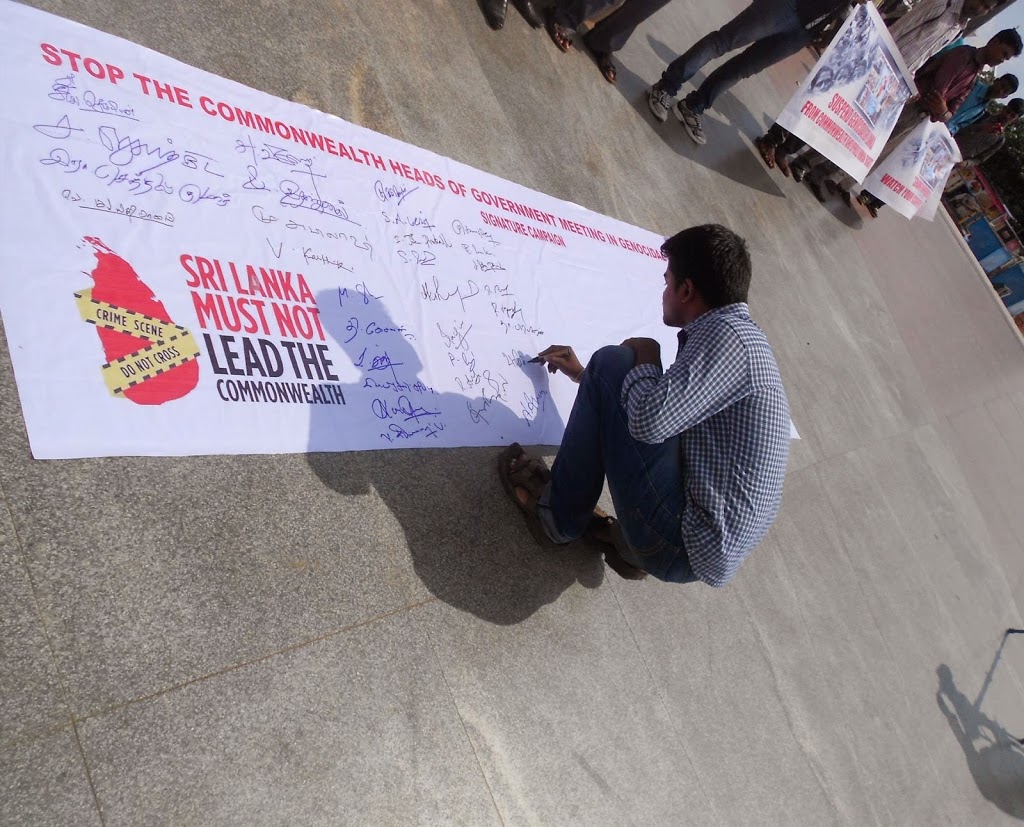 But we mustn’t get too triumphant. The leaders of 50 world nations are still on their way to fete a regime in which we know systemic rape and torture takes place, and which has the blood of around 70,000 civilians on its hands.

Now is the perfect time to press home our advantage, and keep the pressure up.

Click here to join our campaign on sexual violence

Click here to support our appeal for the victims.