The “OISL” investigation: frequently made assertions 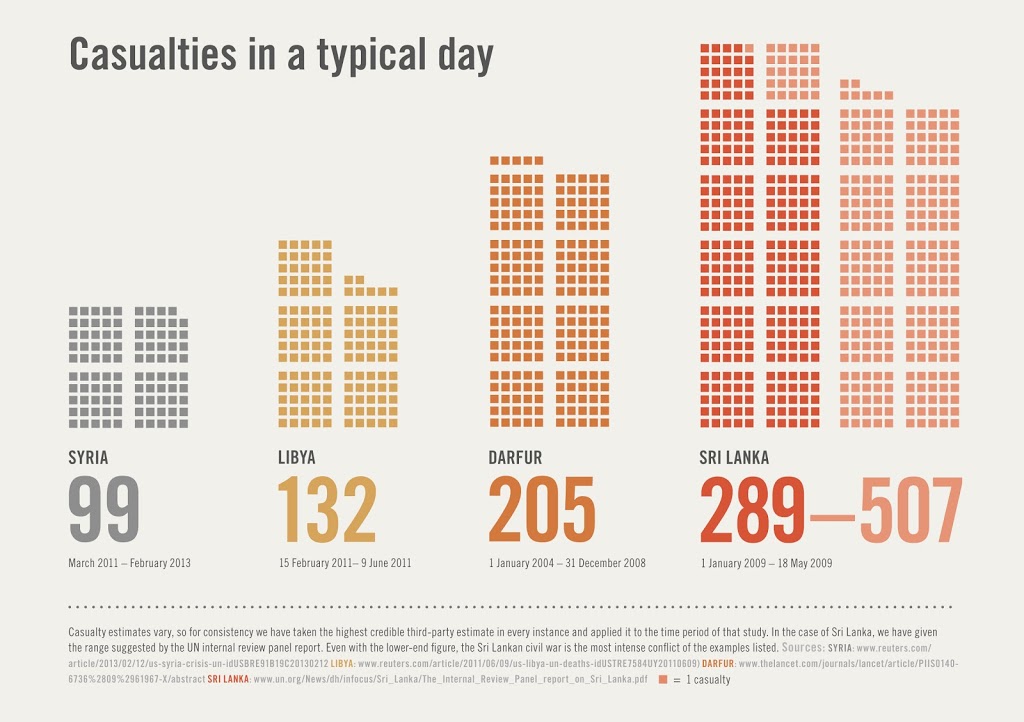 It does no good to go raking up the past. We should let sleeping dogs lie.

This report is not just about the past but the present. Violations of human rights, including systematic rape, continue to this day. This is because a culture of impunity is deeply embedded in the country – a result of repeated failures to deal effectively with perpetrators of serious violations. Without justice and accountability, there is a real risk that violence will flare up again in Sri Lanka.

Sri Lanka is being made a scapegoat because it is a soft target in the global south. Sri Lanka’s critics are hypocrites who did far worse during the “war on terror”.

This argument is often used by apologists for the Sri Lankan army – often the same ones who were so keen at the time to associate Sri Lanka’s war on the LTTE with the global war on terror. In fact, many of the countries driving the push for accountability are from the global south, with Mauritius, Cameroon, and Nigeria playing key parts.

What took place in Sri Lanka in 2009 is one of the worst mass atrocities of this century (see infographic above). These crimes diminish our common humanity and, if ignored, set a dangerous precedent. The international process under way is about universal standards of international law that should be applied to all states. Failure to uphold them by one party does not mean that failures by other parties should be permitted. Hypocrisy or not, the victims and survivors of atrocities have a right to justice.

The LTTE used civilians as human shields, so some collateral damage was unavoidable and inevitable. What Sri Lanka did is therefore permissible under international law.

The Government of Sri Lanka has commissioned a group of “experts” in international law to give advice on this question. As we have reported, the process by which these experts were appointed is mired in controversy. As for the arguments themselves, they have yet to be published. But lawyers who have looked at leaked drafts have been scathing of the arguments within. We are aware of expert legal opinions, which may be published over the next few weeks, and which will argue that the way in which Sri Lanka approached the final stages of the war was illegal.

The question of human shields goes to the heart of contemporary debates about what is lawful in modern warfare. However, given the horror inflicted during Sri Lanka’s civil war, we expect and must hope that it remains an argument with limited traction. In any instance, it appears that very many casualties were caused by the deliberate targeting of civilians in circumstances where the human shield argument clearly does not apply.

Sri Lanka should solve this problem by itself, through a “truth and reconciliation commission” (TRC) style process.

The TRC is a model designed for circumstances where there has been a transfer of power. It is not an appropriate fit for a “victor’s peace” such as Sri Lanka. Effective reconciliation models are designed by victims, not perpetrators. Victims are demanding an international justice process.