The Past is Present: Post-Rajapaksa Torture and Sexual Violence in Sri Lanka

State-sponsored torture, abduction, and sexual violence. For many Sri Lankans, the change in government in January brought with it hope that these dreadful features of post-war life would be consigned to the history books. However, a report last week by the International Truth and Justice Project presents fresh evidence of their continuation under the current government, underscoring the deep rooted culture of impunity that persists in Sri Lanka and the systemic nature of the abuse that continues against the Tamil population.

The report ‘A Still Unfinished War: Sri Lanka’s Survivors of Torture and Sexual Violence 2009-2015’ builds on the findings of an earlier report in 2014, bringing to light fresh witness statements and other supporting evidence relating to 140 cases torture and sexual violence committed by the Sri Lankan security forces. Among those incidents, 8 are found to have been committed after the change of government in January, including one as recently as May 2015. Those statements, in many cases corroborated by independent medical experts, point to an ongoing pattern of government-sanctioned persecution by security forces amounting, in the words of the report’s authors, “to state-run organised crime … seemingly unaffected by the politicians at the helm.”

The findings provide a detailed and extensive geography of the abuse that has taken place in Sri Lanka in recent years, with the identification and mapping of 41 individual torture sites, including military camps, police stations and ‘rehabilitation centres’ concentrated in Colombo and across swathes of the North and East. Included within the list of case studies is the Trincomalee Naval Dockyard, a place widely suspected to be the site of a hidden torture facility and now confirmed as such with sworn statements and corroborating evidence provided by individuals formerly held there. This is the clearest evidence thus far of the long suspected, but always denied, existence of ‘secret detention centres’. 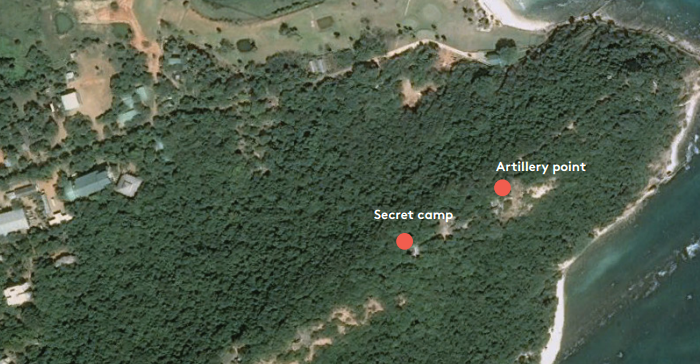 The appallingly vivid accounts of the treatment of those held at these sites also provide an insight into the well-organised and deliberate nature of the abuse perpetrated by security forces. Together, they confirm the view that such rights violations are not merely attributable to the actions of ‘a few bad eggs’, but rather to an entire bureaucracy operating above the law whose most senior officials are involved in their commission. Among the 40 military intelligence officers that they identify as complicit in the torture and rape of detainees – many of them operating within the notorious Joseph Camp in Vavuniya – are several high ranking officials. They include a Major reported by multiple witnesses to have directly participated in torture practices, as well as an intelligence Captain reported to have taken part in the gang rape of a female victim.

The extraordinary testimony taken from several security force insiders points to guilt even further up the chain of command, with statements recorded from one former ‘white van operator’ detailing the grisly methods used to abduct targets under the direct instruction of former Defense Minister Gotabaya Rajapaksa. Another security force insider provides evidence indicating the involvement of Basil Rajapaksa, former Minister and Chair of the Presidential Task Force, in providing weapons to paramilitary proxy groups widely implicated in the abduction and extra-judicial killing of ex-LTTE targets.

In documenting the ongoing pervasive network of surveillance and informants in the North and East, as well as the persistence of reprisals against victims and their family members, the report also offers a compelling case as to the complicity of the current government in state-sponsored harassment of the Tamil population to this day. For many at-risk individuals, it is clear that things are not getting better. By extension, it provides a stark warning to those countries of refuge, including the UK, against attempts to tighten their asylum admission criteria and water down their country guidance in relation to applications from Sri Lanka.

The findings of this report, and the appalling personal testimony upon which they are based, should act as a powerful wake up call to the Sri Lankan government and the international community as they mull the options before them in the run up to September session of the UN Human Rights Council, when the government and member states will be asked to respond to, and act upon, the long-awaited findings and recommendations of the report into human rights situation in Sri Lanka.

First and foremost, they must bear heavily on ongoing discussions about the viability of purely domestic mechanisms in dealing with historic and ongoing rights abuses in Sri Lanka. The ongoing culture of impunity – and the seeming unwillingness of the new political establishment to challenge it after nearly seven months in power – raises serious questions about the ability of the Sri Lankan state, alone, to provide meaningful redress for victims against members of the security forces. On a very practical level, the findings should cast serious doubts over the government’s ability to ensure judicial independence and to offer credible witness protection. 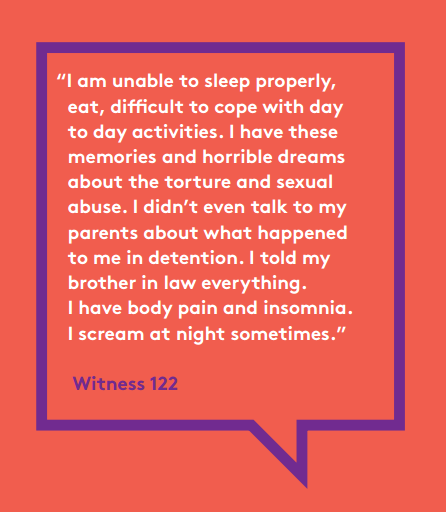 Amid plans reportedly being discussed by various UN agencies and the ICRC to provide US$3m technical assistance for a domestic accountability mechanism, the report must also act as a reminder of the ‘root and branch’ nature of the human right challenge in Sri Lanka and prompt critical thinking about how the international community intends to constructively engage with Sri Lanka in the years ahead. Without serious political will, major institutional reform, and significant international oversight and monitoring, the prospect of such assistance paving the way for truth and justice remains deeply unrealistic. Worse still, given the ongoing involvement of state organs in the commission of abuse, it may run the risk of further enriching perpetrators.

Finally, the deeply harrowing testimony contained within the report – itself a remarkable testimony to the bravery and resilience of those who provided it – should serve as a reminder of the central role that victims and survivors must play in any transitional justice process. Given the very serious trauma, both mental and physical, that the state has inflicted upon them, there can be no lasting trust – and therefore no durable peace – until their voices and demands are heard.