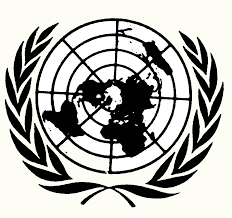 As well as releasing it to the press they originally made a document available online but then appeared to take down the link, which stopped working after about twenty minutes. However in that time it had been reposted by Groundviews and Lanka Standard.

Various pieces have been blacked out. However they have not been electronically removed and so any person can read what they say simply by copying the text and pasting it onto a document with a white background.

The blacked out sentence on Page 11 reads:

several USG participants and the RC did not stand by the casualty numbers, saying that the data were ‘not verified’. Participants in the meeting questioned an OHCHR proposal to release a public statement referencing the numbers and possible crimes.

The blacked out paragraph on Page 15 reads:

Several participants noted the limited support from Member States at the Human Rights Council and suggested the UN advocate instead for a domestic mechanism, although it was recognized that past domestic mechanisms in Sri Lanka had not led to genuine accountability. One participant said that “[i]t was important to maintain pressure on the Government with respect to recovery, reconciliation and returns and not to undermine this focus through unwavering calls for accountability …”

The blacked out sections on pages 66 and 67 read:

The Policy Committee met two days later, on 12 March, to discuss Sri Lanka. Participants noted variously that “this crisis was being somewhat overlooked by the international community”, the policy “of coordinating a series of high level visits seemed to have produced some positive results”, and that the possible involvement of the Special Adviser on the Prevention of Genocide (SAPG) would not indicate a suspicion of genocide but may add to overcrowding of UN actors involved. Participants acknowledged the apparent need for a Special Envoy but noted this “did not seem politically feasible”. It was suggested that “the Secretary General’s [public] statements may have appeared a bit soft compared with recent statements on other conflict areas [and it] was suggested [he] cite the estimated number of casualty figures ….”. OHCHR said it would be issuing a “strong” statement which would include indicative casualty figures and raise the issue of possible crimes under international law by both sides.

Several participants questioned whether it was the right time for such a statement, asked to see  the draft before release and suggested it be reviewed by OLA. There was a discussion on “balancing” the High Commissioner’s mandate with other UN action in situations requiring the UN to play several different roles. The meeting led to the adoption by the Secretary-General, through the Policy Committee, of several decisions, including: continued engagement on “the immediate humanitarian, human rights and political aspects of the situation”; “system-wide advocacy” to press the LTTE to allow safe passage for civilians and UN staff; pressing the Government on protection and assistance to IDPs; inter-ethnic accommodation and reconciliation; political advice to Sri Lanka; child protection; transitional justice; demining; reconstruction; disarmament, demobilization and rehabilitation; political solutions to the underlying causes of the conflict; and renewed efforts to establish an OHCHR field office.

The blacked out line later on on page 67 reads:

The blacked out line on page 68 reads:

The references to possible war crimes will be controversial … I am not sure going into this dimension is helpful, as opposed to more indirect references to the need for accountability, in this conflict as elsewhere.”

The blacked out section on page 88 reads:

Members agreed to: urge the Government to ensure protection and assistance for IDPs in accordance with international law; continue dialogue toward a durable political solution and reconciliation; seek a principled and coordinated international approach to relief, rehabilitation, resettlement, political dialogue and reconciliation; and pursue a “principle-based engagement by UNHQ and RC/HC/UNCT, with the Government, International Financial Institutions, and other partners on early recovery …”. It was agreed that the UNCT would engage with international partners and develop principles of engagement, and a monitoring mechanism to ensure adherence to these principles.

The blacked out line on page 89 reads:

Members of the Policy Committee also noted “politically, there was little to show for the UN’s engagement with all stakeholders” and that the President was “not receptive to the Secretary-General’s suggestion to appoint an envoy.”

The blacked out line across page 92 and 93 reads:

“The Government has not agreed to proposals for the establishment of a body involving donors and the UN which would facilitate humanitarian and recovery coordination.”

The blacked out sections on pages 95 and 96 read:

albeit with considerable disagreement on what action should be taken. In the 23 June Policy Committee meeting in New York

One participant said that “[i]t was important to maintain pressure on the Government with respect to recovery, reconciliation and returns and not to undermine this focus through unwavering calls for accountability …”  OHCHR was tasked with preparation of a UN strategy and position on justice and accountability issues, including the possibility of an international investigation.

Discussing whether or not the Secretary General should establish an international Commission of Experts, many participants were reticent to do so without the support of the Government and at a time when Member States were also not supportive. At the same time, participants also acknowledged that a Government-led mechanism was unlikely to seriously address past violations. The Secretary-General said that “the Government should be given the political space to develop a domestic mechanism” and that only if this did not occur within a limited time frame would the UN look at alternatives.

Meanwhile Frances Harrison has looked at what the report says in terms of what the UN were saying and what they knew: 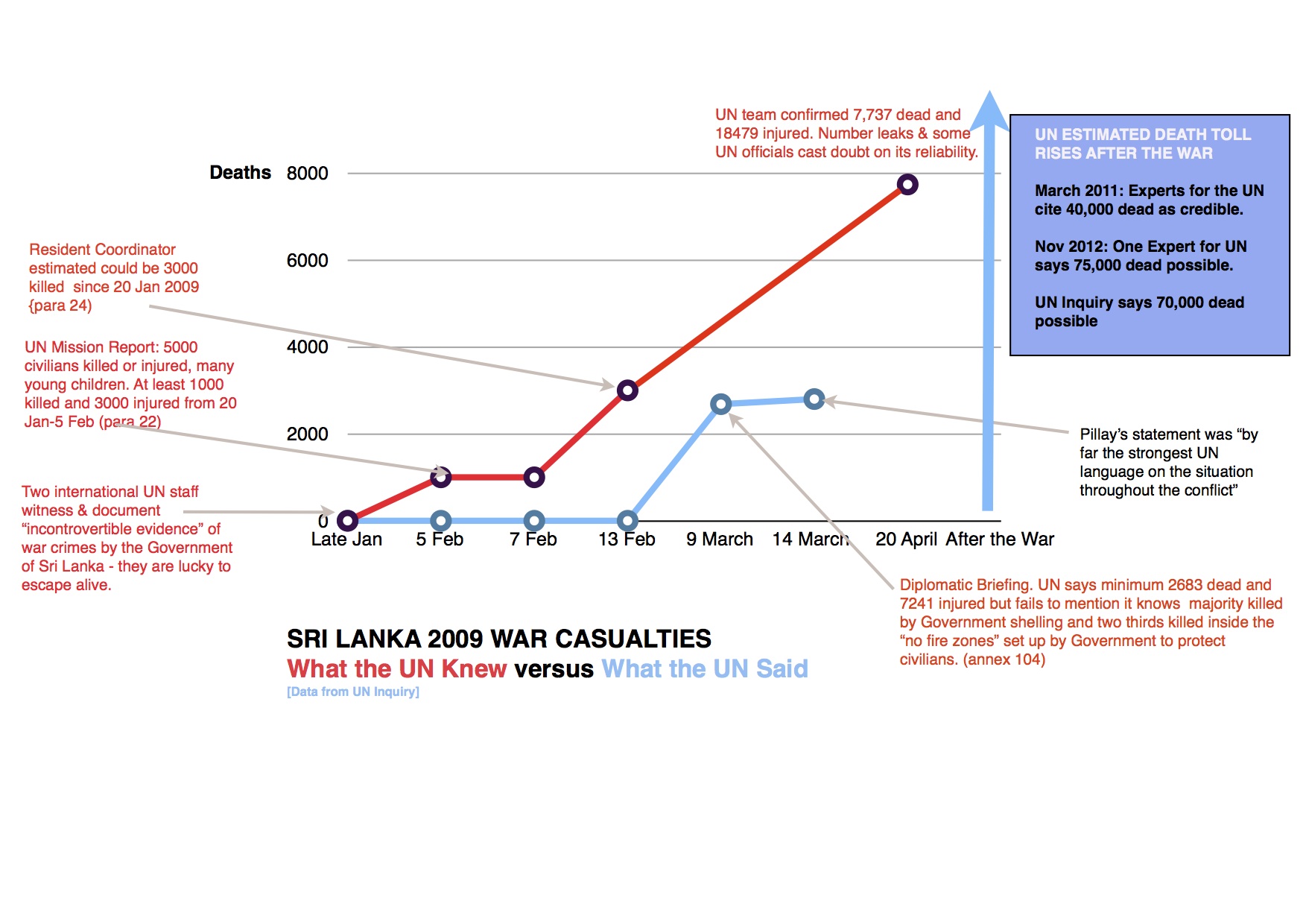