The Unravelling of the Rule of Law in Sri Lanka 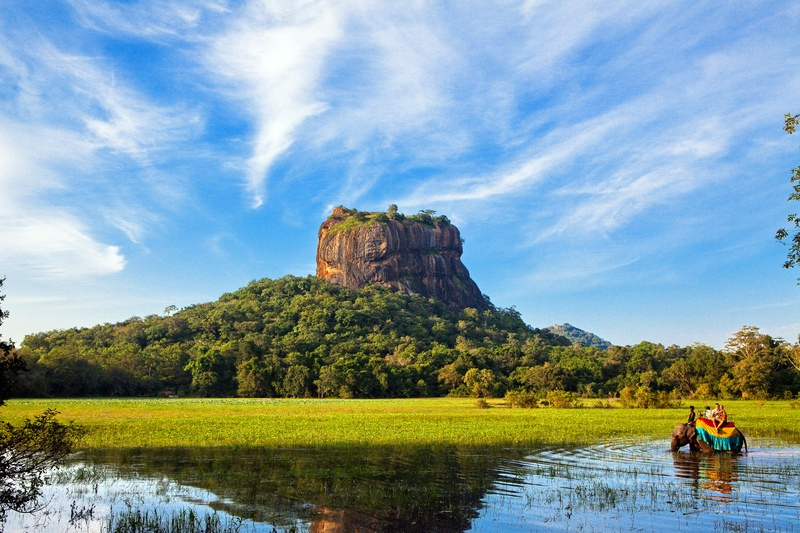 Threats to judicial independence rock the very foundation on which democratic societies stand. In 2009 when Sri Lanka saw an end to the war that had long ravaged the country, many hoped it signified a change – that stability would finally return to the tiny island.

Sadly, reality tells a different story. Four years on since the end of hostilities and across the country the rule of law unravels at a frightening pace.

President Mahinda Rajapaksa and his brothers (also known as the Speaker of the House, Defence Secretary and Minister of Economic Development) wield hegemonic control over the country more akin to ancient Kings than modern day elected officials. Basking in impunity, they protect themselves and their allies from the repercussions of their actions that range from ignoring international concern regarding breaches of humanitarian law during the war, intimidation and assault of journalists, the murder of a British national by a friend of the President’s son and most recently the impeachment of the Chief Justice of the Supreme Court.

No redress, no freedom of expression and a separate set of rules for those in power – a proper look into these miscarriages of justice would require more space than this. So here I aim to take only a brief look at the last of these events, how the Chief Justice came to be impeached, without coherent charges and without an actual trial, plunging the rule of law further into the mire that is Sri Lanka’s democracy today.

On the 10th of January 2013 the Chief Justice of Sri Lanka, Shirani Bandaranayake, was removed from her post as the most senior judge in the country and the head of the Judicial Services Committee, by a declaration of guilty misconduct. The speedy manner in which the accusations led to a finding of guilt and the complexity of constitutional law and the impeachment process, meant that many, even those ardently following developments in Sri Lanka, found themselves a bit confused.

Protections Afforded by the Rule of Law

The first point to make is that an independent judiciary is the best check against the arbitrary use of power by a Government. Ensuring that judges are able to make decisions based purely on law and fact, without influence, interference or intimidation from the state, affords the best protection to democracy and therefore the people.

It is a standard in international law that the removal of a judge should happen only for serious misconduct, usually after a criminal trial where guilt is proved beyond a reasonable doubt, and not simply at the behest of a Government who disapproves of a decision.

At the very least, it requires that in accordance with Article 14 of the International Covenant on Civil and Political Rights, to which Sri Lanka is a signatory, there must be adequate protection of the right to a fair trial.

What Actually Happened In Sri Lanka

A bill known as the Divineguma Bill was introduced into Parliament by the Minister of Economic Development, Basil Rajapaksa. The bill hoped to restore devolved power from surrounding provinces back to Colombo, which would then be controlled by Minister Rajapaksa. As can be imagined challenges were brought against the bill. Twice the Minister attempted to push the bill through and on the 1st of November the Supreme Court for the second time struck it down with a finding that the procedure used to develop the bill was flawed.

A few hours after this decision was given, 117 MPs signed a resolution calling for the impeachment of the Chief Justice. As pointed out by Geoffrey Robertson in his legal opinion on this impeachment process, “in all these circumstances, it is impossible to resist the inference that the impeachment was the government’s direct response to the unfavorable decision by the Supreme Court in the Divineguma Bill cases.”[1]

The circumstances leading up to the charges aside, the fundamental question Robertson poses in the same report, is whether the process of impeachment was fairly used. At bare minimum this requires a fair trial.

The first words of Article 14 of the ICCPR requires a fair and public hearing by a competent, independent and impartial tribunal established by law. Instead, the Chief Justice was found guilty by a Select Committee, consisting of seven MPs (after four resigned), six of whom are Cabinet Ministers, and none of whom possess law degrees or professional experience as adjudicators. The hearing was done in secret, and repeated requests by the Chief Justice and her counsel that it be open to the public or at least international observers, were dismissed. Adding to the farce, two of the seven MPs had recently had decisions made against their personal interests by the Supreme Court and when a request was made for their recusal it was rejected by the Select Committee on the absurd premise that the rule on bias does not apply to MPs.[2]

The degradation of the rule of law continued for the duration of the trial. Eventually the Chief Justice had no other choice but to reject the legality of the proceedings and withdraw on the 6th of December, with the understanding that no witnesses would be called. The next day the remaining seven MPs went on to hear testimony from sixteen witnesses in secret and twenty-four hours later issued a finding of guilt. The Chief Justice never had the opportunity to cross examine the witnesses against her (ICCPR Art 14 3e) or was she ever told (despite several requests) what standard of proof would be used (ICCPR Art 14 2 – the presumption of innocence until proven guilty). And the charges of which she was found guilty, even if they could have been made out, were mere technicalities, nowhere near the serious misconduct required to impeach a Chief Justice.

As has been commonplace in Sri Lanka under the Rajapaksa administration, misdirection tactics were plentiful. Mobs were paid to shout slanderous slogans against the Chief Justice, MPs went on television attacking her and after a decision by the Supreme Court that the proceedings of the Select Committee and its determination of guilt were ultra vires attention was purposefully shifted away from the trial and onto the ‘audacity’ of the Supreme Court to tread on the supremacy of Parliament.

So what does this mean for you and me?

A story like this might mean something significant for constitutional law professors or those with a specialist interest in Sri Lanka, but tends not to create a buzz outside this general vicinity because truthfully, constitutional law can lack a certain sex appeal.

But the core constitutional principles of democratic societies, the right to vote, the checks and balances between the executive, legislative and judiciary and maybe most importantly, respect for the rule of law, are what protect us as everyday citizens against the very real possibility, not just in Sri Lanka, but in any democracy, of the misuse of power by the state. It was, after all, in the UK Parliament that the 2000 Terrorism Act was passed.

On a trip to Sri Lanka a few years ago, I climbed Sigiriya mountain and found myself overlooking a vast green tree canopy. In the middle of the canopy a 100 ft marble Buddha statue sits overlooking the country. I stood there for a few moments, mesmerized along with the other tourists, appreciating this artistic feat. And then it dawned on me. This statue, though beautiful, was not simply a testament to Sri Lanka’s creative prowess but a bold statement to the country’s minorities – this is a Buddhist, Sinhalese state – and here is the statue, erected at the close of the war (along with hundreds of other Buddhist pagodas next to and sometimes in place of, Hindu shrines and Catholic churches) to symbolize the cultural hegemony that winning a war will give you.

Amidst this constitutional crisis, actually in the same month that the Chief Justice was officially ousted, Lonely Planet labelled Sri Lanka ‘one of the planet’s best-value destinations‘ of 2013, giving it the honour of top spot on its 10 best tourist destinations list. Constitutional Law professors or not, luckily we do have the power to choose where we travel and to shame those who refuse to accept this responsibility.

The author is a volunteer and legal scholar.