Just over a month ago, online activist Ramzy Razeek emailed Sri Lanka’s chief of police to complain about a flurry of death threats that he had been receiving on Facebook. But instead of investigating the threats against Ramzy, later that day the authorities showed up at his house and arrested him. Nearly a month on, he remains in detention without any formal charges having been brought against him.

In our latest infographic (below) we explain the facts of the case, why we are so concerned, and what you can do about it. 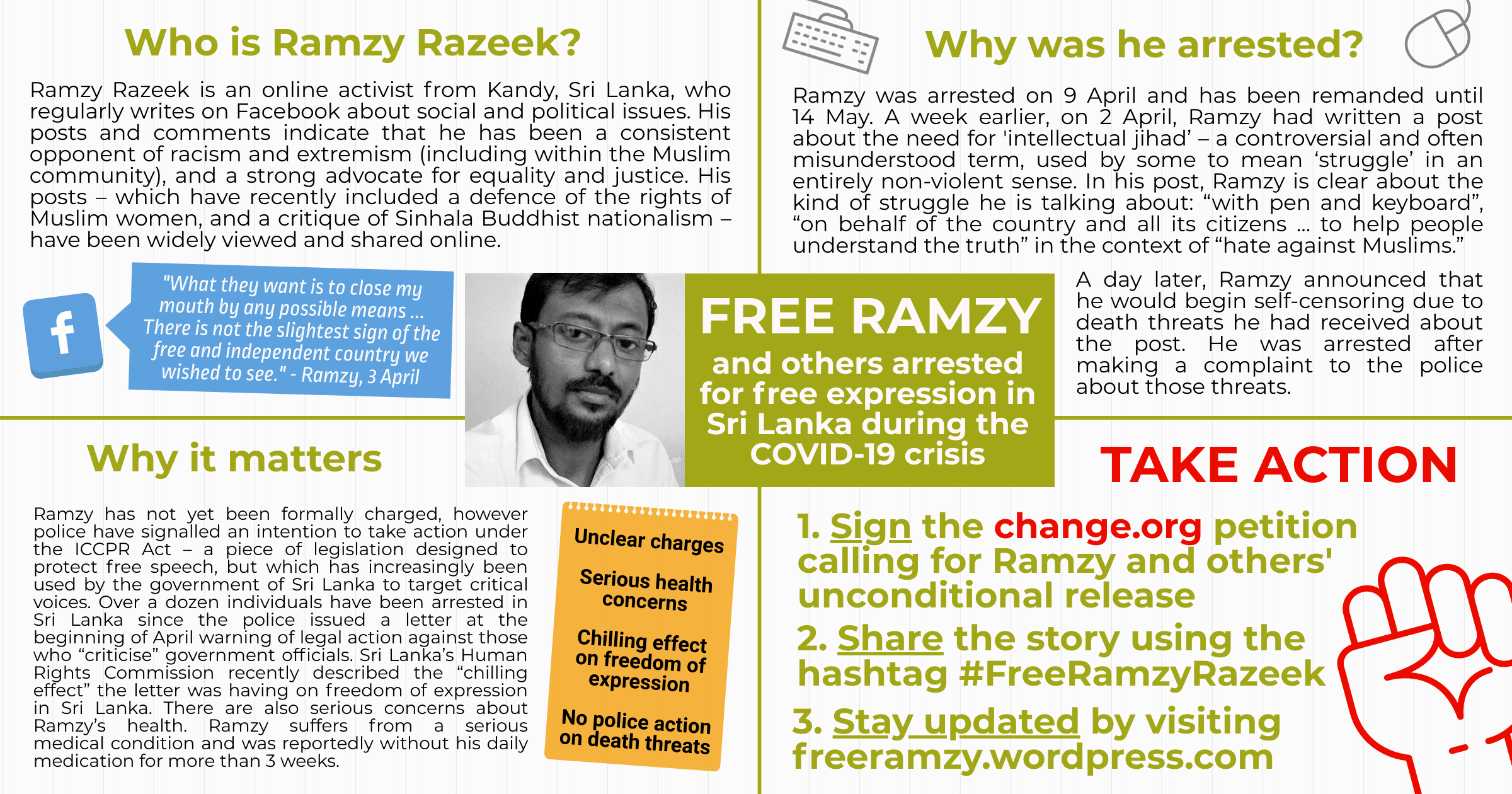 As we highlight, Ramzy is sadly just one of many critical voices in Sri Lanka to have fallen victim to a crackdown on freedom of expression linked to the government’s pandemic response. Dozens are reported to have been arrested after police issued a warning on 1 April saying that they would take legal action against those “criticising” government officials – a trend that has coincided with a climate of growing hostility and racism towards members of Sri Lanka’s Muslim community.

Now more than ever, it is vital that free speech in Sri Lanka is defended – not least to enable the government’s public health response to be scrutinised, and to ensure that it is effective in protecting the lives of its citizens. Please help us do so by taking action for Ramzy’s release today, starting by signing this petition and sharing our infographic with the hashtag #FreeRamzyRazeek.

You can stay up to date with developments on Ramzy’s case by visiting the campaign webpage here.