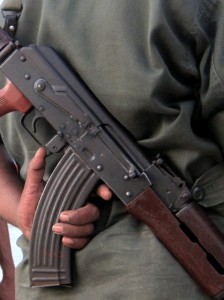 In November 2015, at the Commonwealth Heads of Government meeting in Malta, UK Prime Minister David Cameron announced a £6.6 million package of funding from the UK to Sri Lanka “to support reconciliation, military reform, and to help people who were forced from their towns and villages during the civil war to return home”. These are important goals which – when underpinned by thoughtful programming and serious political will – will undoubtedly be crucial elements of any plan to support a sustainable peace in Sri Lanka.

Yet despite almost two months passing since their initial announcement, the total lack of transparency with which these funds have been committed remains a serious and growing cause for concern. To ensure that they do not cause further harm – and crucially, to ensure that they are open and accountable to those who have suffered most at the hands of the Sri Lankan state – the UK government must come clean about precisely how this money will be spent.

Among the proposed areas of engagement, it is military reform which is the most sensitive. In any ‘post-war’ setting, the question of how to engage the military and security forces, as part of a broader strategy for peacebuilding and strengthening human rights, is one of the most difficult for donors and policy-makers. And in Sri Lanka, where the military is itself remains a significant obstacle to peace, and a major source of ongoing rights violations, the dimensions of that question are even more complicated.

First and foremost is the problem of how to engage the Sri Lankan security forces in ways which prevent, rather than provide cover for, its human rights abuses. Whilst we know from other contexts that military reform initiatives – consisting for example, of human rights training, professionalization schemes, and other measures designed to bring the rule of law to bear on the security sector – can produce positive outcomes, we know also how successful the Sri Lankan military has been at co-opting such support in the past.

Given the scale of the military’s abuses, from illegal land grabbing, to the systemic use of torture and sexual violence against civilians, it is imperative that the UK government lays out precisely how its support will help tackle these issues, and furthermore, that it commits to a clear and transparent system of monitoring and evaluation. Without these steps, there can be no assurance that funds will not end up supporting the very abuses that they purport to address.

Second, is the issue of how the goal of military reform sits with the British government’s other stated goals with respect to reconciliation in Sri Lanka, including those – such as de-militarization and war crimes accountability – which are sites of direct conflict with elements of the security forces. How, for example, does the British government envisage working with partners in the military – including the head of the army and alleged war criminal Jagath Dias – whom on paper it supports prosecutions for? And by spending ‘military reform’ funds in the North, how will the British government ensure it does not further entrench the army’s presence and operations there? These are questions that must be answered properly – yet cannot even meaningfully be asked – without further information about how funds will be spent.

Finally, given the absence of serious domestic political will to reform the military and the extent of the culture of impunity it still enjoys, it is valid to question whether any UK government spending on the Sri Lankan security forces at all can be justified at this time. While the Prime Minister has stated that the decision to provide the funds is grounded in a “recognition of Sri Lanka’s considerable progress”, this is a rationale that will ring hollow for many war survivors, particularly in the North and East, who continue to suffer at the hands of the army. The concern, as stated by several MPs in an open letter to the Prime Minister, is about the signal it sends – specifically, whether “the announcement of financial support to Sri Lanka will be seen as a ‘reward’ for the limited progress made by Sirisena’s government”. 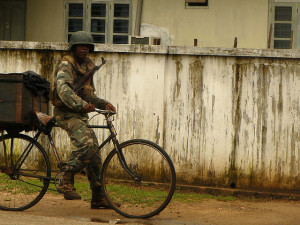 The conversation about how to reform the military in Sri Lanka is one that is urgently needed. But unless it is conducted openly, there can be little confidence that it will produce the right kinds of responses. Given the complexity of the post-war context in Sri Lanka, along with the track record of past attempts at reform, good faith and thoughtful planning cannot be assumed. To ensure that its contribution to this sensitive and important area of work is in the interests of those who need it most – the victims of abuses by the military – the UK government must now explain to those individuals precisely what it is planning.