What next? Part 2: Deconstructing Transitional Justice

This is the second part of a three part series. You can read part 1 here, and part 3 will be available here when it is published tomorrow. 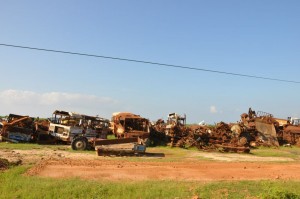 Sri Lanka needs a comprehensive approach to dealing with the past which incorporates accountability, truth telling, and reconciliation. Sadly such an approach does not appear to be on the cards. Meanwhile, the Sri Lankan government would like nothing more than to present a blueprint for what they will claim is a comprehensive, solely domestic, mechanism, and so close down other avenues for accountability.

Instead, therefore, we suggest splitting the initial approach to transitional justice into three parts. By keeping these parts separate, and by giving each part its own timeline, we are more likely to see the past meaningfully addressed.

Of course, these three items should not be entirely unlinked, nor can they be separated from the equally important wider issues of acknowledgement, restitution, guarantees of non-recurrence, and action to address the grievances that formed the root cause of the war. But by differentiating our approaches we can increase our chances of overall success.

This differentiated approach also helps address a key debate within Tamil civil society. Tamil activists have been debating whether what is needed is a “sarvadesa” சர்வதேச ie “international” mechanism or a “sarvadesamayamaakkappatta” சரவதேசமயமாக்கப்பட்ட or “internationalised” mechanism.

Essentially this is a debate over where the mechanism is located: a mechanism inside Sri Lanka is currently very unlikely to deliver justice, given the lack of witness protection and the systemic flaws with Sri Lanka’s judiciary. However it will be very difficult for a mechanism located outside of Sri Lanka to properly engage with the survivor community, and such a process would almost inevitably become “top-down”.

Our experience, and that of colleagues, has been that when discussing accountability processes Tamil survivors will overwhelmingly insist on an international mechanism. However, once it is explained that this will mean trials outside Sri Lanka, support for an international mechanism falls considerably. Survivors need to be able to fully assess the possibilities afforded by different approaches: whether the conviction of a few high-ranking officials is more or less important than the conviction of many lower ranking officials, and what process for justice would best enable their inclusion.

What appears to be needed is a process which is international when it comes to the standards of justice applied but domestic when it comes to interacting with survivors. By separating out the processes of transitional justice this may be possible.

On accountability the clear demand from survivors is for an international or internationalised mechanism. Realpolitik suggests however, that the Human Rights Council is unlikely to insist on such a process at its September session.

Therefore we should ask to ensure the ongoing monitoring of accountability in Sri Lanka via the appointment of a UN Special Rapporteur or by a field office of the Office of the High Commissioner for Human Rights (OHCHR) with the High Commissioner reporting back to the Human Rights Council at subsequent sessions. Ongoing monitoring will gradually increase pressure to internationalise the mechanism over the next few. Sadly past history teaches us that without international involvement the Sri Lankan accountability process will falter, and will not satisfy victims. This will further make the case for the internationalisation of the process, and hopefully pave the way for the involvement of international judges and prosecutors.

Truth seeking – in particular finding out what really happened to Sri Lanka’s disappeared – remains the number one concern of the survivor community.

The “Paranagama” Presidential Commission of inquiry into missing persons is utterly failing to meet the demands of victims of disappearances. Anger at the commission in the survivor community is increasingly causing sessions to be boycotted. This commission is now doing more harm than good and must be brought to an end.

However, for the sake of the over 20,000 people who have already registered a loved one as missing, data recorded thus far must be safeguarded, and a new and meaningful process must promptly and thoroughly investigate all these cases.

Again survivors views are critical here, but it is vital that the international community support the creation of a credible survivor-led process.

As the UN Special Rapporteur on Transitional Justice said on his recent visit, there is no shortcut to reconciliation.

What is needed is for the Government of Sri Lanka to create the space for Sri Lankan civil society to develop its own reconciliation process. In the meantime the Government of Sri Lanka needs to rebuild the shattered trust of the survivor community by releasing political prisoners, returning seized land, ending the military’s economic involvement in civilian affairs, and ordering the Sri Lankan Armed forces stationed in the north to go back to barracks.

Next must come acknowledgement, apology, guarantees of non-recurrence, and institutional reform. Additionally the vexed issues of a political solution to Tamil grievances and reparations will need sensitive handling. These are huge issues, of vital importance, which discussions about reconciliation in Sri Lanka have yet to begin to address. They also require a degree of trust between survivors and the Government, trust that no longer exists and will need to be rebuilt before these steps can take place. Only then would a more formal Government-led reconciliation process have value.

Finally, while the input of countries such as South Africa who have had their own experiences with transitional justice are of course welcome, it should be noted that the Sri Lankan case is different. A South African solution to a Sri Lankan problem will not be successful. Sri Lanka was a “victor’s peace”. Models such as South Africa’s, which are predicated upon a fundamental 180 degree shift in the power relations between communities, are not applicable to Sri Lanka.

By splitting the processes necessary to deal with the past into their constituent parts, we have demonstrated one way in which the gap between what Sri Lanka needs and what the international community is willing to deliver could perhaps be closed. But in the meantime, while the question of accountability and Sri Lanka’s culture of impunity remains unaddressed, Sri Lanka’s peace will remain unsustainable. In our final part, we will look at what other processes can be used to help solve this problem.