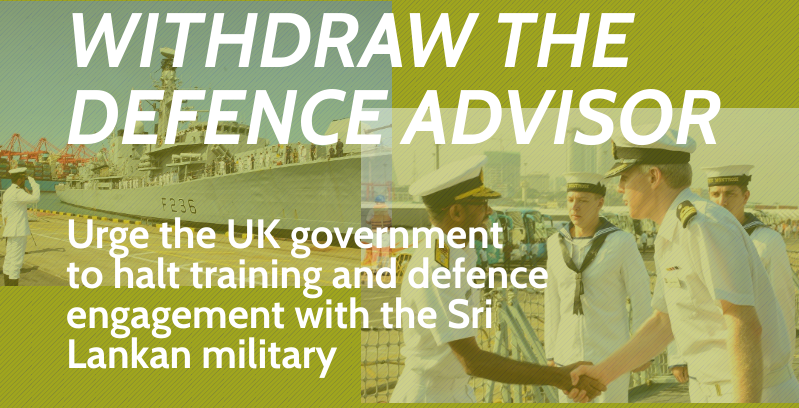 Call on the UK to stop working with an unaccountable military

Write to your MP now

…with the leaders of armed forces never held accountable for the deaths of tens of thousands of civilians they were supposed to protect.

To this day, almost no one has been held accountable for crimes committed during the civil war in Sri Lanka, or the many other human rights violations committed both before and after.

Join us to call on the UK government to halt its engagement with the Sri Lankan armed forces and withdraw the resident Defence Advisor post. Sign the petition today.

Since 2015, the UK has been rebuilding its relationship with Sri Lanka’s armed forces. This includes training programmes, joint military exercises, and diplomatic visits to senior commanders. The UK’s Ministry of Defence says that strengthening its partnership with the Sri Lankan military is based on improvements in the human rights situation in Sri Lanka, and the commitment of the armed forces to accountability, democracy, and transparency.

Yet to this day, almost no one has been held accountable for crimes committed during the civil war in Sri Lanka, or the many other human rights violations committed both before and after. Instead of being held accountable, alleged perpetrators in the armed forces have been promoted to key positions in the current administration.

Despite aggressive militarisation and an ongoing failure to deliver accountability for alleged international crimes committed by the Sri Lankan military, the UK military continues its friendly engagement, carrying out joint exercises and diplomatic visits to senior commanders.

Sign our petition today to ask the UK government to halt defence engagement with the Sri Lankan military until there is a realistic prospect of accountability for these crimes.

If you live in the UK, please also write to your MP using this template letter, asking them to contact the Ministry of Defence and Foreign and Commonwealth Office and join the campaign to withdraw the Defence Advisor. 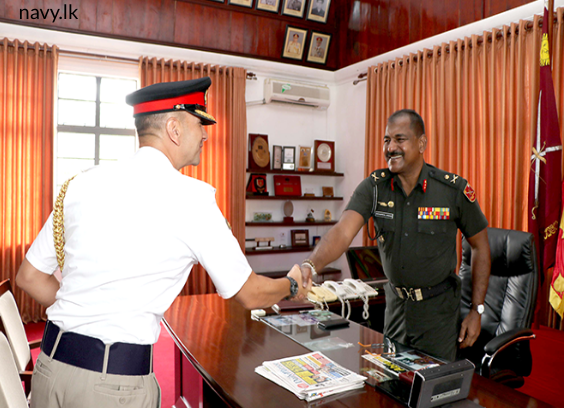 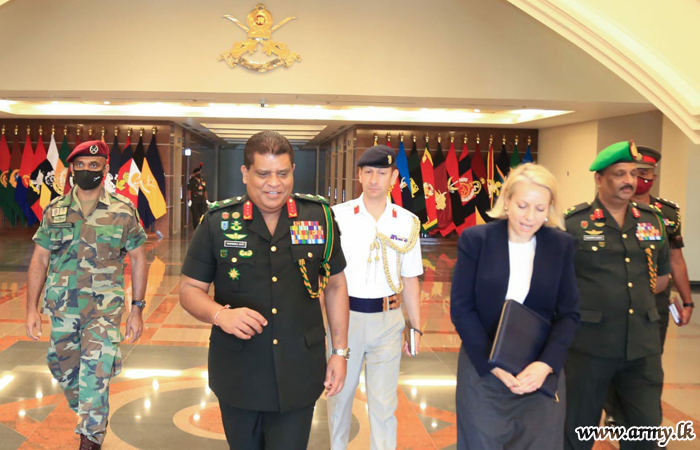 Conditions set by the UK government for continued engagement with the Sri Lankan military are not being met. In the period since the Defence Advisor was appointed, the Sri Lankan government has failed to live up to its promises, reneging on promises of accountability and justice made to the international community and pursuing aggressive militarisation.

It is clear that progress on democracy, accountability, transparency, and ethics has not only stalled, but been reversed.

In August 2019, Lieutenant General Shavendra Silva was appointed Army Commander. Silva is credibly accused of numerous mass atrocity crimes during the final stages of the war, including bombing hospitals and other civilian targets, and executing surrendering men and women. Silva has since also been appointed as Acting Chief of Defence Staff, the highest position with the armed forces, and head of the National Operations Centre for Prevention of COVID-19 Outbreak, making him highly visible leading the country’s response to the pandemic.

Silva’s promotion is an insult to victims and survivors and a clear signal that the Government of Sri Lankan has no interest in prosecuting individuals who are credibly accused of gross human rights violations during the war.

The new President, Gotabaya Rajapaksa, himself accused of involvement in mass atrocity crimes, has pulled Sri Lanka out of international agreements to pursue justice for crimes committed during the war and has promised to protect soldiers from prosecution. In March 2020, he pardoned a soldier convicted of murdering eight Tamil men and boys in 2000, including a five-year-old child.

What has the UK government said about the Defence Advisor position?

We wrote to ministers at the Ministry of Defence and the Foreign and Commonwealth Office in July to set out our concerns and call on them to withdraw the Defence Advisor post and reduce engagement with the Sri Lankan armed forces. They have rejected our call, writing that the aim of UK defence engagement with Sri Lanka’s armed forces is to “encourage the development of a modern, accountable and human rights compliant military.”

It is not clear how effective such engagement can be when the most senior position in the Sri Lankan military (Chief of Defence Staff) is occupied by an individual credibly accused of mass atrocity crimes and gross human rights violations.

Since arriving in Colombo in January 2019, the UK Defence Advisor has met with at least five senior commanders credibly accused of gross human rights violations, including General Silva himself.

Far from encouraging “the development of a modern, accountable and human rights compliant military”, British engagement with the Sri Lankan armed forces is boosting the reputation of a military that operates with total impunity. 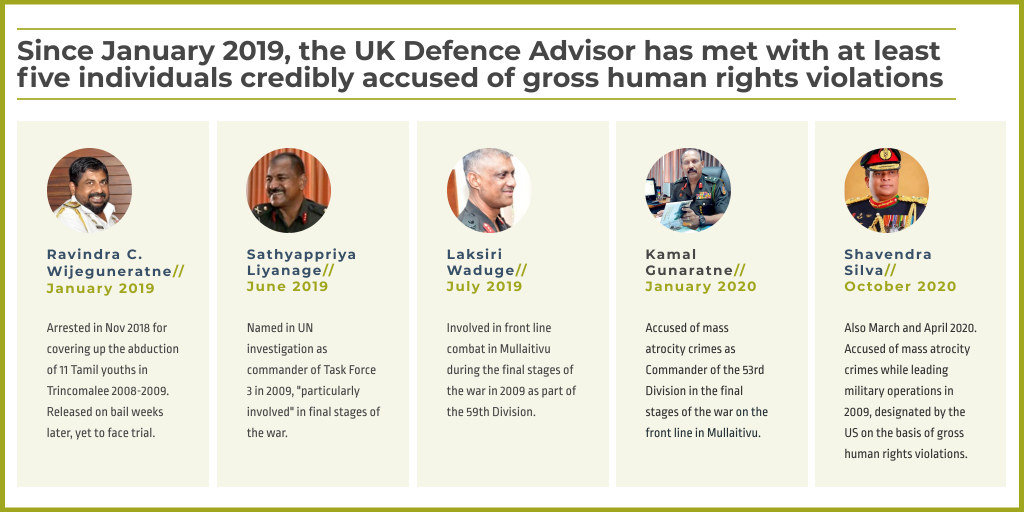